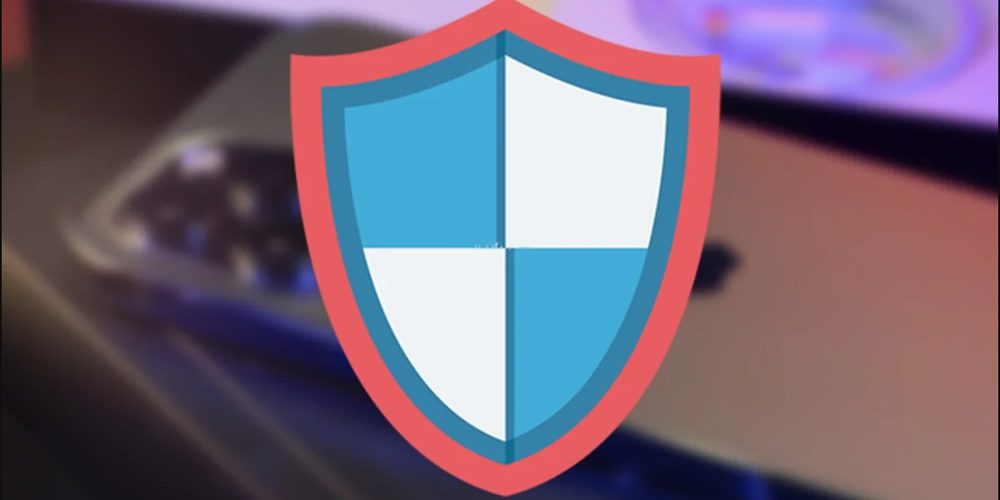 Can You Get a Virus on iPad? Everything You Need to Know

The threat of viruses and malware is as old as the computer itself, and mobile devices are not safe from its clutches either? But does the closed-loop environment of Apple safeguard the macOS, and more importantly, the iPad from viruses? Let’s find out more.

For the traditional Windows and Android OS user, the ritual of buying a new device and setting it up involves installing all the useful apps one could think of. Among these apps is antivirus software that will keep those trojans and worms away from eating away at your precious data and block the adware that could ruin your user experience.

You could hate or love how “exclusive” Apple has designed the iPadOS to be, leaving out compatibility with the most popular open-source programs and hardware. But there’s no denying the fact that the tightly gated environment of both, macOS and iOS has kept them reasonably safe from viruses over the years.

Apple isn’t entirely out of the waters, as studies suggest the occurrence of malware on macOS has increased by 400 percent since 2018, it is still minuscule to the viruses, adware, malware, and spyware that wreak havoc on Windows and Android devices every day.

How an Apple a day keeps the virus away

Generally speaking, a virus is similar to how any bacteria or virus in your body acts – it replicates itself and affects the different files and programs in the system. This replication happens a lot more effortlessly on Windows and Android OS due to the open-source nature of the operating systems. On the other hand, Apple has an iron dome system in place that restricts direct access to files across apps, which cuts down the effectiveness of viruses.

When using the iPad, the software is mostly controlled by Apple, which dictates the data being shared between the apps and across servers. This compartmentalization and isolation are what removes any room for viruses to grow and flourish.

Simply put – the iPad is at little to no risk of catching a virus.

However, going back to the 400 percent increase in malware attacks, that’s where you still need to pay heed to the advice of experts and keep your iPad away from the turbulent winds of malware and adware.

Malware is generally regarded as any piece of software built with malicious intent and can cause all sorts of pain – identity theft, credit card fraud, data leak, and other nightmarish problems. In most cases, malware is injected into the iPad through an app, which again is blockaded by the App Store.

Apple closely monitors and reviews apps before they are approved and performs a check every time an app is launched. Hence, you can safely assume that every app you download from the App Store is malware-free and won’t mess with your iPad or the personal data on it.

However, it is infamously possible to sideload apps on the iPhone and iPad too, which entirely skips past the check post of the App Store, bringing in a swarm of vulnerabilities. Moreover, the iPad is still connected to the internet, which needs nothing more than the web browser to bombard you with adware in the form of ad banners, scams, targeted pop-ups, and more. Phishing scams are also infamously common among mobile users, where a dummy “iOS crash report” could trick you into reaching out to fake customer support personnel.

Note: While viruses on iPad are virtually non-existent, malware, whether in the form of a modified app, or a notorious ad-riddled website, is a common issue for iPad users.

Signs your iPad may be affected

Now that we have established that your iPad is essentially immune against all sorts of troublesome viruses let’s shift the focus towards malware. Here are just a few tell-tale signs that could point straight towards adware or spyware hijacking your iPad:

Excessive data usage – Since most types of adware and malware source their menace from the internet, having them installed on your iPad will mean higher data traffic. If you have the iPad on a cellular network, the higher-than-normal data usage will be more apparent and could point towards.

Unusual battery drain – The high amount of data traffic can directly reflect on the battery life as well since certain types of malware tend to use the device resources constantly. If you’re experiencing poor screen-on time out of nowhere, in association with other symptoms on the list, you could be looking at a spyware or adware infestation.

Random apps appearing – This particular issue will only appear on jailbroken iPads, and having a jailbroken iPad drastically increases the chances of your system catching a bug. Since jailbreaking your iPad allows, apart from several other things, the ability to install apps without the App Store, it could also make way for malicious apps to be installed remotely on your iPad.

Several web browser pop-ups – One of the most common forms of adware that iPad users come across, is the barrage of pop-ups, ad banners, and unsolicited messages popping up when using surfing the internet. While advertisements are a part of the web experience, adware could be at play if the frequency of these ads has increased significantly, with the home page and search engine changing by itself.

Unaccounted online transactions – Since most of your financial information may be stored on the iPad, and online cashless transactions have become more simplified, there’s a higher chance of online transactions happening without your permission. Although this is a rare occurrence, it is within the realm of possibilities, especially on a jailbroken iPad.

How to keep iPad safe from malware

You may be too scared to use your iPad for anything more than entertainment at this point, but that certainly isn’t our intention. Being aware of what could go wrong is the first step towards being safe from “viruses” on the iPad, and here are some tried and tested methods that you can implement to always stay at a hand’s distance from the troublesome malware floating online.

Apple is probably the only tech company out there to support its devices for up to 5 years with the latest software updates. Since Apple controls every aspect of iOS and iPadOS, the company can seamlessly roll out updates for all devices in its roster, all at once. This allows Apple to bolt shut any vulnerability or performance bug that is reported, and to keep the malware away, and you need to ensure that the latest software version is up and running on your iPad.

Note: The iPad will restart multiple times during the entire process of updating the system, so make sure you are hooked up to a power source during the process.

Do not jailbreak (unless you know what you’re doing)

If you’re a novice Apple user who hasn’t ventured out on to the dark side of jailbreaking before, the advent of jailbreaking can seem like a fresh breath of air. While unlocking the full potential of the iPad by jailbreaking it does have its benefits, but for the mainstream user, they don’t outweigh the downsides.

A jailbroken iPad is essentially a device that has bypassed the many layers of software and server-based security that Apple installs on the iPadOS. This freedom comes at the cost of lowered security, leaving your iPad vulnerable to malware attacks from all sides. We highly recommend that you steer clear from jailbreaking your iPad if you aren’t confident, or experienced in it.

The gateway into your device for almost every adware known to the universe is through the web browser, and the iPad is no different. The World Wide Web is crawling with all kinds of creepy adverts and phishing banners, which inadvertently make you bookmark, sign up, or even set ad-riddled websites as your homepage. If you have been baffled by the sudden influx of garbage advertisements every time you open the Safari browser, it’s time to flush it all out.

Note: If you use Google Chrome as the default browser on your iPad, you can perform the same action there by heading over to More – History – Clear Browsing Data and confirm your action.

While being safe from viruses, your Apple iPad is still open to phishing emails, notoriously annoying adware, and spyware too. However, the most precious element that you need to safeguard is your Apple ID credentials, since it not only links all of your Apple devices to one another, it is also the storage box of your account password, financial information, and more.

While Android OS is crowded with antivirus apps that have long ruled Windows, too, almost none of those big names show up on the Apple App Store. Since none of these antivirus companies can claim to offer a product to cure the iPad of viruses, they bring you apps to improve your web security instead. Available in the form of VPNs, proxy servers, anti-theft protection, and safe Wi-Fi apps, you will be able to limit the possibility of an adware attack on your iPad drastically.

We recommend using Norton 360: Mobile Security, which is built around safe web browsing, giving you a built-in Secure VPN to keep the IP address masked and your browsing history secure. You also have a robust Online Threat Protection feature baked right in, keeping all of your media and contacts intact, along with a Password Manager too.

Additionally, there are some additional features built-in, such as Parental Control, Smart Firewall for your PC and Mac, so your cross-platform web browsing experience is secured at both ends. The inclusion of 50GB PC Cloud backup further allows you to securely take your data to the cloud and access it from anywhere, at any time.

So, you’ve tried all of the solutions above to get rid of the mystery disease that seems to be plaguing your iPad, but none of them worked? There’s only one thing left to try, and it’s going to need some extra effort. Performing a reset on the iPad, or any tech gadget for that matter, restores it to the factory state, ridding it of all the data and any corrupt files in the process too.

Before you proceed any further, make sure that you have iCloud Backup turned on to keep all of your data safe and secure. To do this –

If you need a more detailed guide on how to backup the iPad data, we’ve got you covered. After the data has been synced to the iCloud servers, go ahead with the factory reset:

If you are logged into your iCloud account, you will be asked to enter the Apple ID password to confirm your action. The entire process will take no more than a few minutes, during which the iPad will reboot a couple of times.

There is a common misconception among mainstream iPad users, who tend to believe their device is slowing down due to virus infestation. While malware can take up the hardware resources of the iPad, causing it to slow, it certainly doesn’t mean every slow iPad has a virus problem.

If you haven’t experienced any of the worrisome signs that could indicate the iPad being hijacked by adware or malware but bothered by the mediocre battery life and stuttering performance? All your iPad needs is a fresh start and some spring cleaning by removing the temporary files, unused apps, and other useless junk just gathering dust in the storage drive. We recommend looking at how to empty trash on the iPad and find out more about it.

Log4j Vulnerability – How to Keep Your iPad Safe