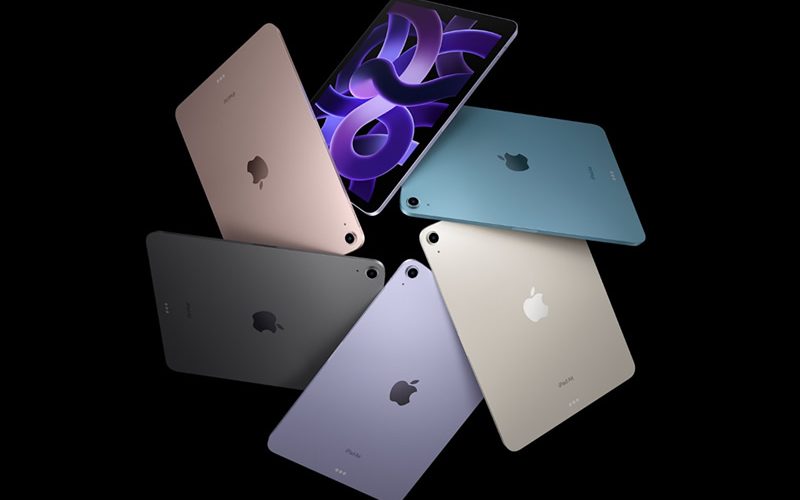 The cheap iPad may have once sounded as mythical as a unicorn, but that isn’t the case anymore. Apple now makes affordable tech, and getting your hands on an excellent tablet that runs the revered iPadOS is no longer a dream.

Tablet era is over, but not for Apple

Ever since the tablet market tanked at the end of 2014, device manufacturers all over the world have scrambled to make tablets seems desirable and worth the money. All the big players in the Android ecosystem – Sony, Xiaomi, Samsung, and even Google itself have tried and failed to keep the popularity of Android tablets up.

However, only Apple has succeeded in keeping tablets ‘cool’ with the iPad lineup, and it continues to be a beloved choice for many across the world. The brand was able to pull off this amazing feat by breaking down the iPad into several different variants, not only by the capacity and screen size, but features and design differences too.

Bringing along the ‘Pro’ series of iPads, the company ensured that the premium cash cow kept yielding. At the same time, the original iPad, iPad Air, and iPad mini have entirely taken over the world, with Apple conquering more than 50% of the global market share.

Apple may not have invented the wheel when it comes to tablets, but it found the perfect recipe of form and productivity with the very first iPad, back in 2012. A decade later the cheapest iPad 10-2-inch 9th Gen model on Apple’s roster today, has a design that is similar to the very first model, but with the current-generation performance under the hood.

A reduced price often comes with trade-offs, and the iPad 9th generation is no exception. The design has not been updated for years, and the base model has a storage capacity of only 64GB, with no option for expandable storage either.

The iPad Air 2022 is the ideal option if you’re on a tight budget but still want to buy a big, powerful, and versatile iPad. The Apple M1 Chip with Neural Engine in this 5th-Gen iPad Air boosts CPU performance by a mile and more. The 10.86-inch screen size is sufficient for running heavy apps such as Procreate on this slim beast, and the True Tone Retina HD display makes the colors pop, and is available at just $559 right now.

When using any process-heavy app on the iPad Air 2020, the low latency of the Apple Pencil 2 and the iPad Air’s processor will give you a surreal experience. The iPad Air 5th Gen is equipped with the same desktop M1 chip that, until recently, was only found in the MacBook Pro, while the iPad Air 4 has a mobile-class A14 Bionic chip.

It’s incredibly speedy with apps like Affinity Photo and LumaFusion. There’s no denying that the M1 is a significant improvement over the A14, which was already a fantastic chip. You may not even need the M1’s additional power for most apps, but it is better to have it and not need it, than need it and not have it. Another thing to keep in mind is that the iPad Air 5 offers 5G connectivity.

Even though 5G isn’t currently available to everyone, it is good to futureproof, ranking up to the iPad Pro from last year.

The iPad mini 6th Gen is ideal if you want an iPad that is not too big and that you can carry around like a big smartphone. Despite its small stature and sleek appearance, it has the same level of power as any current-gen iPad. It does have a 256GB storage capacity and an A15 Bionic chip with a Neural Engine that will rock your world when it comes to visual entertainment, multi-tasking, or notetaking on the go.

This iPad mini 6 has an 8.3-inch (diagonal) Liquid Retina display with an LED-backlit Multi-Touch IPS panel. The screen is typically 500 nits in brightness and has a screen resolution of 2266 x 1488 at 326 PPI. Therefore, despite its small size and lack of a home button, the quality and premium aesthetics of this device are unaffected. The tablet has a 12MP wide-angle front camera with cinematic video stabilization and 1080p video recording at up to 60 frames per second.

The brand-new Center Stage feature is also included. The device also boasts a 12MP wide camera on the back that can shoot in 4K and 1080p at a peak frame rate of 60. Along with time-lapse recordings with stabilization, you can also create slow-motion videos in 1080p quality at 120 or 240 frames per second. On battery, it can operate for up to 10 hours. Although the device lacks a face ID, Touch ID is supported.

How to get a cheap iPad?

While we’ve highlighted the three latest, and most affordable iPad models available at the moment, getting your hands on an even cheaper iPad is quite possible! Unlike Android OEMs that drop software support for most devices (especially tablets) in a year or two, Apple continues to stand by its iPad models for up to 6 years of major iPadOS software support.

Getting your hands on an iPad that is a year older might just help you save big, and since the hardware upgrades aren’t as drastic as they once used to be, you’ll never have the fear of missing out on the latest and greatest specs. If you’re looking for the best-in-class performance of the iPad Pro or iPad Air without burning a hole through your wallet, picking up an older iPad could directly translate to hundreds of dollars’ worth of savings.

A great place to look for an iPad would be through the pile of used, renewed, and refurbished iPads available on the largest online marketplace. Just a quick browse through Amazon, and we found some deep discounts on not just older, but the latest iPad models.

These are just a few current-gen iPad models we found during our research. If you’re willing to go for an iPad that is even older, the discounts keep getting deeper and deeper.

From multi-tasking and enjoying entertainment, to sketching and notetaking with the Apple Pencil – there’s nothing a cheap iPad cannot do. While the traditional iPad 9th Gen continues to be the most affordable option to date, it certainly does not have the looks of a 2022 tablet.

If you are willing to spend a few extra bucks for a neater design style and more firepower under the hood, iPad Air 2022 is a great buy. Don’t forget, you can save even more on these models right now during the Amazon Prime Day 2022 sale, so grab them right now!