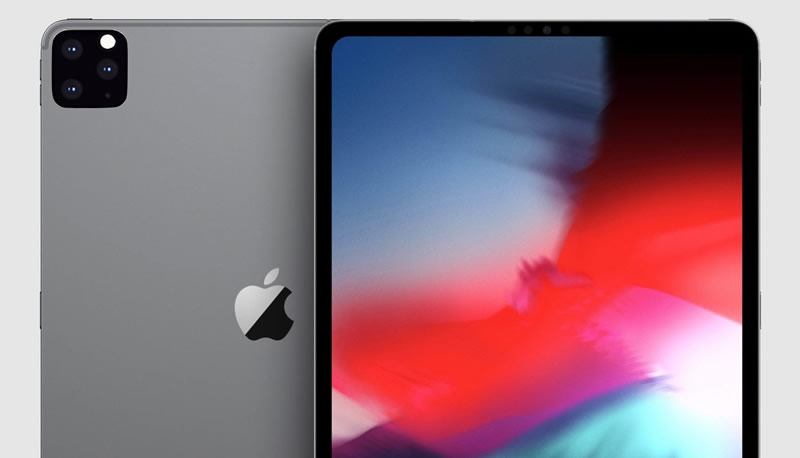 6 min read
FacebookTwitterPinterest
* Save on M1 iPad Pro: $150 off at Amazon *

We’re expectedly a few months apart from officially hearing anything about the next iPad Pro inline. However, the rumors are onboard already. Great, isn’t it? But the same often operate as confusing factors, with dishes being served from all around.

In this article, we’ll walk you through the possible features, upgrades, and probable release dates of the next-generation iPad Pro.

Although Apple is known to worry less about altering designs, rumors strongly suggest that we might see a noticeable jump in the upcoming year. As per the statement made by Mark Gurman, the popular go-to reporter for all Apple-related matters, the next iPad Pro or iPad Pro 2022 could make room for a glass back.

Meanwhile, render expects iPad Pro 2022 to pack a design similar to iPhone 13, from slimmer bezels to display notch for the selfie camera alongside three cameras on the back. Nonetheless, it would be interesting to see how much effort Apple put into designing the new iPad Pro.

For the new Pro model, the switch to a glass back is being tested, in part, to enable wireless charging for the first time. Making the change in material would bring iPads closer to iPhones, which Apple has transitioned from aluminum to glass backs in recent years.

As usual, you can expect the iPad Pro 2022 to launch in two sizes, 11-inch and 12.9-inch, but interesting hearsays are floating all around. Now for what has been on the air these days, Mark Gurman took Bloomberg’s newsletter mentioning the chances of Apple launching a 15-inch iPad Pro to be pretty fair; however, I don’t think it’s happening any time soon.

What you can expect, though, is the display of the 11-inch model getting a considerable upgrade. The fact that the little guy was left out last year wasn’t appreciated by many. Right from the reveal days, it was all out campaigning for the Liquid Retina display on the 12.9-inch iPad Pro. With that being said, a switch from the LCD panel to a mingled display is well-expected for the younger sibling. Ming-Chi Kuo, a renowned Apple analyst, thinks the same.

One of the main highlights of the 2021 iPad Pro was indeed the introduction of Apple’s M1 Silicon chipset. While it’s usual to see a climb this year as well, we can’t really say if the iPad 2022 would feature the M2 chip, the one with which Apple is supposedly planning to build their redesigned MacBook Air.

Considering how well the M1 chip worked out, Apple might view a boosted version under the name M1 Pro, M1 Max or anything relatable to fit in better. However, there are no rumors as yet in this respect.

Recent reports hint towards Apple introducing a triple-camera setup for the first time ever in its pro range tablet series. The news that iPad Pro 2022’s camera will feature a LiDAR sensor is also in the air. It won’t be surprising if everything from the camera sensor to setup sits in line with the one you get with iPhone Pros.

Storage is one section where Apple is likely to adhere to the previous options that included 128 GB, 256 GB, 512 GB, 1 TB, and 2 TB. As of now, no authentic source has reported memory expansion on iPad Pro 2022; the fact that Apple has been pushing the 64 GB and 256 GB options from iPhones and Macs, respectively, the upcoming iPad Pro models might start with 256 GB of storage.

Although there is nothing much to talk about, expecting iPad Pro 2022 to welcome more 5G bands seems to make sense.

To date, no iPad is blessed with wireless charging capability, but the scenes are drilling to change soon. Remember when I mentioned the glass on the iPad Pro 2022’s back? The same is rumored to assist wireless charging.

Wireless charging, which featured iPhones back in 2017, was updated with a magnet-based MagSafe system last year. The setup is employed to ensure a more even charging rate. Interestingly, Apple is also said to be trying this for its upcoming iPad Pros.

Wireless charging replaces the usual power cable with an inductive mat, which makes it easier for users to top up their device’s battery. It has grown into a common feature in smartphones but is a rarity among tablets. Apple added wireless charging to iPhones in 2017 and last year updated it with a magnet-based MagSafe system that ensured more consistent charging speeds.

The company is testing a similar MagSafe system for the iPad Pro. Wireless charging will likely be slower than directly plugging in a charger to the iPad’s Thunderbolt port, which will remain as part of the next models.

In case you’ve been following Apple for quite some time, you’ll be aware of the trend that the company follows. Similar to how things unfolded in 2021, you can expect the launch event to sit somewhere between March and April. If it happens, the device will eventually start reaching users by May 2022.

However, we’re still in the early days, and any speculation related to the release date might fail to yield any fruit. The reason is, it takes a moment for things to turn heads in this industry.

One thing that we can say for sure is that the new iPad Pro 2022 won’t be cheap. Considering what happened last year, the 12.9-inch variant with the miniLED display addition was marked $100 more than the base 11-inch model. In case we assume as if the same thing would repeat, the prices for different iPad Pro models should look something like this:

We hope that the upcoming iPad Pro brings more than what is whispered, in a better way. Stay tuned with iPadinTouch, as we’ll cover the good and bad aspects of iPad Pro 2022 as soon as it hits the shore. For the time being, wireless charging, a new display technology, and a possible M1 chipset hike-up are all to talk about.

Can You Find An AirTag With Your Apple iPad?