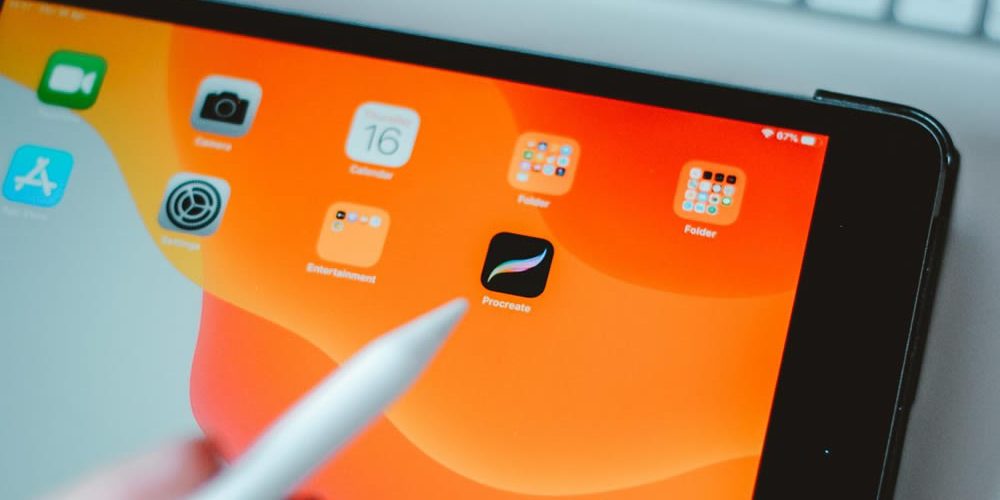 Best iPad for Procreate in 2021

If you are an artist, you know the struggles of creating digital art using computers and even though there are tons of apps for drawing and painting, the one thing that comes to mind when it comes to digital art is “Procreate”.

Procreate is an app that was developed and designed specifically for the iPad to create beautiful and professional artworks. The advantages of using Procreate are its price and portability. Procreate offers an artist the independence to express their art anywhere and anytime using their iPad, let it be when you travel through the subway on your way to work or when you need to pump out your creative juices after getting inspired while sipping a cup of tea at home.

Here are a few things you need to know before buying Procreate and the perfect iPad to get you started with.

If you are an Android user, we feel sorry for you because Procreate is not available for Android devices but there are a ton of other alternative apps for you to get started on digital art. But if you are an iPad user, check out the list of iPad models that support the current version of Procreate to ensure that you have the right model:

Procreate is currently available for $9.99 on the App store. This is one of the key selling points for Procreate because now you only have to pay a one-time fee for purchasing the app, unlike Adobe Creative Cloud suite where users would have to pay $19.99 every month.

Procreate enables users to create their brushes or to use one from their collection of 130 customizable preset brushes which are available when you download Procreate.

If you want to buy the latest iPad that is available on the market with Apple Pencil 2 support then the iPad Pro 11” inch 2021 is the right fit for you. This is the 3rd generation iPad Pro with the latest Apple M1 chip. This makes it so powerful for image processing and animation which is suitable for Procreate. It is available for $799 and is the best choice for professional artists who want to use Procreate as their go-to tool.

Procreate doesn’t use a lot of space, unlike other software. But once you start creating more and more artworks, storage could be a bit of a problem. That is where the iPad Pro 2021 shines because it has got internal storage that starts from 128, 256, 512 GB for 8GB RAM and 1TB, 2TB for 16GB RAM. It also consists of a Liquid Retina Display which helps you draw seamlessly without straining your eyes. With a USB Type-C connection and a 7538 mAh battery, you can get it charged as quickly as possible for you to work on and start impressing your clients through your art designs.

If you are on a budget but you still want to buy a large iPad that is powerful and lighter to carry around, then the iPad Air 2020 is best for you. This is a 4th generation iPad Air with the Apple A14 Bionic chip which increases the CPU performance by 40%  and loads graphics 30% faster than the previous generation of iPads. It has a screen size of 10.86 inches which is big enough for using Procreate. The low latency of the Apple Pencil 2 along with the iPad Air’s processor will give you the same feel of sliding a smooth ball pen on paper when using Procreate.

The iPad Air costs you about $599 which is $200 cheaper than the iPad Pro 11″ inch but is equally power-packed in every inch for designing illustrations and editing photos in Procreate. It comes with an internal storage of 64GB and 4GB RAM or 256GB and 4GB RAM. It also consists of a Liquid Retina Display just like the iPad Pro and uses a USB Type-C connection for charging its 7606 mAh battery. With a standby time of 10 hours, you can keep on drawing without having to worry about running out of juice.

If all you care is about buying the cheapest available iPad that supports Procreate and Apple Pencil, then the iPad 2018 model is a perfect choice. This is the 6th generation iPad with the Apple A10 Fusion chip which can run iPad OS 14 as well as the latest version of Procreate. It doesn’t come with the best processor or a fancy camera but it still is the best alternative to the iPad Pro if you are on a budget and starts at a price of US $329.

This iPad comes with an internal storage of 32GB and 2GB RAM or 128GB and 2GB RAM which is enough if you are a beginner in Procreate.  It has a screen size of 9.4 inches which is a perfect size for drawing (better than iPad Mini). It consists of a Retina Display which isn’t the best but does its job. The selling point is due to its battery life which is 10 hours of normal use and is perfect for using Procreate for days. It uses a Lightning connector for charging its 8827 mAh battery. Sadly, it only supports Apple pencil (1st Gen) which is perfect for your budget and is enough to get you started with Procreate.

4) iPad Mini (5th Gen) – Portability on your palm for you Procreate.

Looking for portability within your budget? Say no more, because the iPad Mini is the smallest in size from Apple’s lineup of iPads. It has better specs than the iPad (6th Gen) and has an edge in carrying around for easy note-taking but faces difficulty when it comes to drawing due to its 7.9-inch screen size. Although it makes up for it due to its Apple A12 Bionic chip which performs 3x times faster than iPad mini 4 which is perfect for smooth drawing. This is the 5th generation iPad Mini and is available at a price of US $399.

It comes with an internal storage of 64GB and 3GB RAM or 256 GB and 3GB RAM which is powerful enough to practice your drawing skills in Procreate. Don’t get confused by its small look, It has a 10-hour battery life equivalent to the iPad Pro and uses a Lightning connector for charging its 5124 mAh battery.

This means that your art designs are going to look lit with the latest chipset while you draw on a bigger screen with your Procreate. It also may support Apple Pencil 2 and USB Type-C which is a key feature to look for if you are using it. The price tag for this iPad may be similar to the previous iPad Mini around $399.

Buying an iPad for Procreate? Get the Apple Pencil too.

Apple Pencil is a wireless stylus that resembles a pencil and was announced alongside the first iPad Pro on September 9, 2015. It was designed by Apple for drawing, note-taking, and much more. Procreate along with the Apple Pencil revolutionized the way digital art was created because now you can turn your imagination into art without needing to use a mouse or a drawing tablet. We can go as far as to say that the Apple Pencil had replaced the traditional way of drawing using paper and pencil due to its power-packed features such as pressure sensitivity, tilt sensitivity, low latency, precision, palm rejection, and much more.

Using Procreate without the Apple Pencil is like eating a PB&J sandwich without the J. Therefore it is equally important for you to understand your options and their differences. There are only two options available if you want to buy an Apple Pencil.

But which one is better?

Well to answer that we have to first understand their differences. Apart from a design perspective, the two models are almost similar in terms of performance apart from the Apple Pencil 2 having a wireless charging mechanism.

One other thing to be noted is the compatibility, Apple Pencil (1st gen) is compatible with the following iPad models:

While the Apple Pencil 2 is only compatible with these models

After looking at all the possible contenders for the best iPad for Procreate, our favorite pick is the iPad Pro 11” inch 2021 due to its bigger screen size and support for the Apple Pencil 2 but if you are a little tight on budget then we would recommend you to wait for the new iPad Mini (6th Gen) to get you started. If drawing on an iPad with an apple pencil and Procreate is all you are looking for, then the cheapest available iPad which supports the Apple Pencil (1st Gen) is the iPad (6th Gen).

Now that you know what to buy and what suits you the best, start drawing and make your imagination come to life with your new iPad and your Apple Pencil using Procreate.

Q: Which is the ideal screen size to use Procreate?

The ideal screen size would be anything above 10.5 inches. If you have a budget to buy the iPad Pro 12.9″ inch, then we would highly recommend it. Procreate is better to use on a bigger screen and is comfortable to explore your imagination when you don’t have to expand the canvas size every time you run out of space on the screen. But if you are on a budget and you are looking for large screen size, then the iPad Air 2020 is a great alternative due to its screen size of 10.86 inches.

Q: Can I learn “Procreate” using the iPad Mini?

Yes, you can learn Procreate using iPad Mini but if you are going to buy an iPad Mini we would suggest you wait for the iPad Mini (6th Gen) which will be coming out in late 2021. Because of its increased screen size and Apple Pencil 2 support, you can get a better experience when you draw in Procreate.

Q: Do I need to buy an Apple Pencil to learn Procreate?

No, you don’t necessarily need to have an Apple Pencil to be able to learn Procreate. Countless other third-party styluses such as Logitech Crayon also perform many of the same tasks, except registering pressure sensitivity which isn’t necessary if you are a beginner in Procreate. Note that the Logitech Crayon works on iPads that are released after 2018.

Q: Is Procreate better than Adobe Illustrator for iPad?

If you are an artist who wants to get started in digital art then Procreate is best for you. Adobe Illustrator is a vector editing software that was just released in late 2020 for the iPad, unlike Procreate which was released in 2011 and has been constantly updating specifically to match the latest features of the iPads.  You can use Adobe Illustrator to draw but Procreate is an absolute winner when it comes to drawing on the iPad.