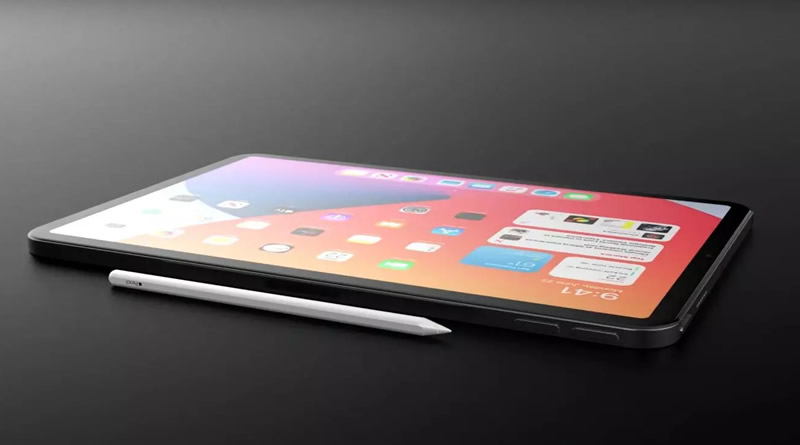 7 min read
FacebookTwitterPinterest
DEALS: The latest iPad Air with 256GB of storage is $70 off

There have been countless rumors and speculations that are happening around the upcoming lineup of iPads, and we are here to discuss the possible features, upgrades, and release dates of the next-generation iPad, iPad Air, and iPad Mini. But first, let us inform you that all these speculations are based on rumors, and we advise you to take it as a grain of salt.

The most anticipated iPad that we look forward to seeing by the end of this year is the Apple iPad 9.

Let’s look closely at the release dates of the previous generation of iPads. We can see that Apple never misses showcasing their new generation of Apple iPad every year, either in the month of March or September.

A rumored leak from @000leaker states that the Apple iPad 9 might have the same design as that of the Apple Air 3.

This could be a possibility as Apple had just upgraded their chipset from the A10 to the A12 in the previous generation and would more likely focus on redesigning the Apple iPad 9 more than upgrading the existing chipset.

We could potentially see an upgrade in the camera quality as the Apple iPad 8 only has a 1.2 MP selfie camera.

Apple could also upgrade the screen size from 10.2 inches to 10.5 inches with a fully laminated display and Wide-Color display support, which could be a real deal considering its price range.

But a recent leak from Mark Gurman says that the Apple iPad 9 will be a “thinner version” of the current base iPad with a faster processor and will continue to be targeted to students.

This would make total sense as Apple would more likely wait for the 10th generation iPad to give it a complete redesign.

Therefore we believe that Apple would more likely upgrade the current chipset from the A12 to the A13 for the Apple iPad 9 while also giving it a laminated display which can decrease the thickness.

Our Final Expected Specifications for the Apple iPad 9:

It’s been almost two years since the last iPad Mini was released, and numerous reports suggest that the Apple iPad Mini 6 is due for its “biggest redesign in its nine-year history.”

Touch Id: A rumored leak from Mark Gurman says that one of the significant changes to expect on the iPad Mini 6 is that the Touch Id will now be present on the Power Button just like it is in the iPad Air 4. This eliminates the need for the Home Button, which is necessary for the increased screen size.

Screen Size: The Apple iPad Mini 6 is expected to have a new dimension that is 3 mm longer and 3 mm wider than the previous generation iPad Mini while keeping the same thickness, according to a report from John Prosser. This could indicate that the screen size maybe somewhere around 8.5 to 9 inches. But a recent report from Ross Young, the CEO of Display Supply Chain Consultants, says that the iPad Mini will feature an 8.3″inch display with narrower bezels.

Ports and Speakers: Apple has swapped out the Lightning port for the USB Type-C port, which is probably the favorite feature that everyone was looking for, as we can see from the renders by Rendersbylan. One thing to note is that the speakers are only present on the bottom, unlike in the Apple iPad Air 4, but regardless of that, rumors refer to the speakers as “crazy nice.”

5G support: The iPad Mini 6 is expected to have 5G cellular support and may also come with an A14 chip which is the same processor as the current Apple iPad Air 4.

There have been several rumors that Apple may release the next generation Apple Pencil, which could be much shorter. Since the current Apple Pencil is almost the size of the iPad Mini, introducing a new, smaller Apple Pencil could make it easier to use with the Apple iPad Mini 6.

Our Final Expected Specifications for the Apple iPad Mini 6:

We believe that the next Apple iPad Air won’t be released anytime soon as it has not been even a year since the release of the Apple iPad Air 4. But there have been several rumors regarding the specs and new features that will be present in the next generation of Apple iPad Air.

The Apple iPad Air 5 may also feature a quad-speaker system with 5G NR mmWave support, as claimed by one report from Macotakara.

It also states that the rear camera could see an upgrade as the iPad Air 5 would come with a dual-lens camera system with a wide-angle camera and an ultra-wide-angle camera. The addition of a LiDAR scanner is still in speculation at the moment.

Since Apple has launched the previous two generations of iPad Air with a time frame of 15 months, and is more likely to be followed again. If that happens, then the next iPad Air 5 would be released somewhere around March.

This means that the Apple iPad Air 5 would feature the A15 chipset as it would have already unveiled the latest iPhone 13 featuring the A15 processor later this year.

Our Final Expected Specifications for the Apple iPad Air 5:

Although there haven’t been any official statements from Apple regarding the release of the next-generation iPads, we are confident that Apple would be showcasing their new Apple iPad 9 and the iPad Mini 6 somewhere around late October.

We sure hope that Apple might have a surprise regarding the new Apple pencil which could be a real selling point for the iPad Mini 6 if they could give us all the features of the previous-gen Apple pencil while still keeping a lower price tag.

Regardless of the final specs, we are pretty excited for the iPad Mini 6 as it seems like the current best iPad in terms of the hardware for the price point.