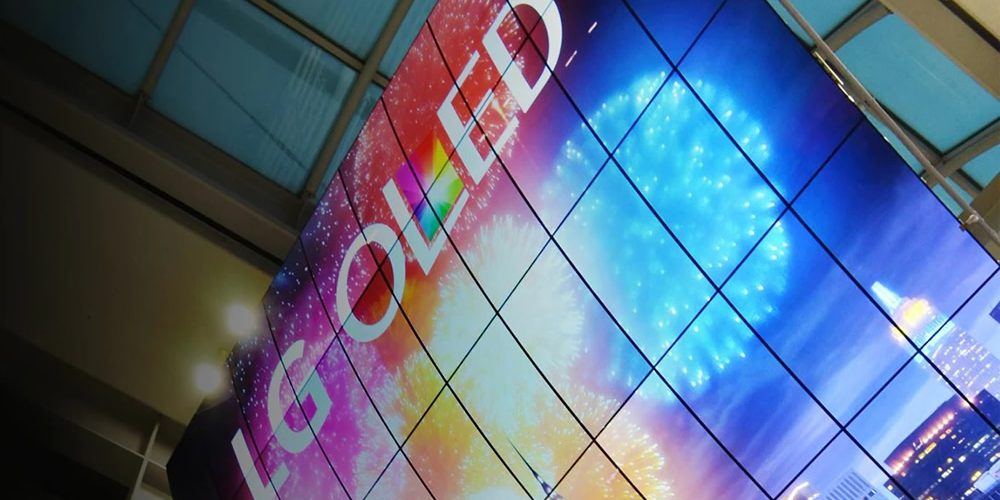 6 min read
FacebookTwitterPinterest
DEALS: The latest iPad Air with 256GB of storage is $70 off

All the way up until the release of the iPhone X, which popularized the idea of curved OLED display, Apple stuck to LCD display technology. Fancy branding is what Apple does best, which is why the Retina Display moniker kept users assuming it is the “best display technology ever made”. However, when Apple finally commissioned its archrival Samsung to make the Super Retina XDR display for its smartphones, the iPhone officially brought about one of the best displays ever made.

However, the same love was not passed on to the iPad series, which continues to use LCD display, which is now being upgraded to mini-LED on the iPad Pro. If rumors out of TheElec are to be believed, Apple hasn’t given up on the OLED technology just yet, but it may have given up on Samsung. According to the report, Apple is partnering up with the South-Korean tech giant, LG to develop a 12.9-inch OLED panel, which should most likely be the face of the next generation iPad Pro.

The talks of an OLED iPad Pro display have been hitting the tech circuits for more than a few years now. It was only recently suggested that Apple may have abandoned the plans for a 2022 launch with Samsung OLED displays. According to the investor notes obtained by MacRumors, the plan had been scrapped due to discrepancies in the performance and the overall cost of production.

Samsung already makes larger OLED panels for its Galaxy Tab series of devices, and all of these are based on what they call a “single-stack layer”, and it is the only type of OLED panels it manufactures. Apple insists on having a “two-stack layer”, which would not only increase the overall screen brightness, but extend the life of the display too.

LG is the only mainstream manufacturer in the market right now, which develops a two-stack OLED display. However, the production volume is much lower for the two-stack OLED screens, since they are only used in the automotive industry for now. Developing the same OLED technology for millions of iPads will not have a quick turnaround, since it will require LG to massively ramp up its production line.

The exodus of LG from the smartphone space was already a boost in morale for competitors such as Apple and Samsung, but the rumored partnership might bring LG some skin in the game. To level the playing field and give Samsung a run for its money, LG is putting “two stack tandem technology” in development.

To apply to the 12.9-inch OLED iPad, the company is developing two stack tandem technology where there are two layers of red, green and blue emission layers and low-temperature polycrystalline oxide (LTPO) thin-film transistor (TFT) technology.

Two stack tandem, by having two emission layers, increases the brightness of the OLED panel by two times and extends its life by up to four times.

The production is expected to begin by the end of 2023 to early 2024, so you will have to wait a few years before being able to witness the iPad Pro OLED.

Which iPads will get the OLED display?

A dependable Apple analyst, Ming-Chi Kuo has reportedly claimed that the very first iPad to receive the upcoming OLED display would not be the productivity-centric iPad Pro lineup. Based on insider release notes featured by 9to5Mac, the mini-LED display technology will be adopted by Apple for the MacBook series of laptops, with the iPad Air to feature the OLED display ahead of the Pro variants.

Keeping burn-in concerns in mind, Apple does not want to bring the newer display technology for the productivity-centric iPad Pro. However, whenever the Pro variants do get the upgraded display, it is expected that the iPad Pro 12.9-inch and the 11-inch variant will be upgraded with the OLED panels for release the same year.

While only the iPad Pro 12.9-inch variant comes with the mini-LED technology, for now, it is expected to make its way to the iPad Pro 11-inch and iPad Air in the coming year. While Apple continues to focus on mini-LED technology for the current generation of iPads, it seems the longstanding partnership between Apple and Samsung is also coming to an end.

Another recent report from TheElec suggests the iPad Pro of 2023 – 204 could be the very first to sport LTPO technology, which uses a low-temperature polycrystalline silicon for higher power efficiency. The technology isn’t exactly new to Apple, with every major tech giant in the industry adopting the high refresh rate displays.

The latest iPhone 13 is implementing this technology to bring ProMotion – Apple’s moniker for a high refresh rate display of 120Hz. The higher refresh rate on the 2021 iPad Pro is already being revered by artists and professionals alike, since it directly translates into smoother animations.

How much better is OLED compared to mini-LED?

While both display technologies offer excellent color reproduction and decent viewing angles, OLED seems to trump mini-LED in terms of vibrancy in colors and deeper hues. Although OLED is a more expensive technology, it has some exceeding benefits such as a brighter image, sharper contrast, energy efficiency, and better viewing angles.

Do OLED screens have a burn-in problem?

The burn-in problem has plagued LED display panels for years now, but the severity of the burn-in effect is reducing over time. OLED panels are even less prone to burn-in than before, with technological improvements happening every day to reduce the odds of it.

Which iPad has an LED display?

As of now, the iPad Pro 2021 12.9-inch variant is the only iPad in the history of Apple to bring about a mini-LED display screen, and the difference is quite apparent. The technology brings about localized dimming zones, improving overall color reproduction and deeper blacks, with a higher screen brightness density to work in all indoor and outdoor conditions.