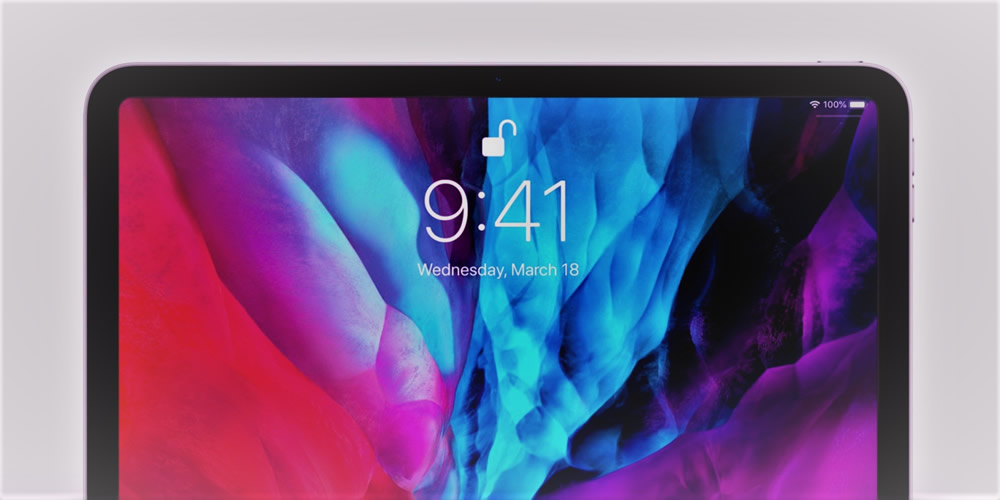 Is the 2021 iPad Pro Worth Waiting For? (A glimpse into the future)

Are you looking to get yourself a decent tablet? Are you waiting for the new iPad release? Should you wait for the upcoming iPads to pave the path for a new generation of tablets? Well, continue reading to find out all the answers to all your queries. Apple’s upcoming version of the iPad Pro was initially supposed to launch in early 2021. However, it now looks like the release is pushed forward to mid to late 2021. While the next-generation models are likely to get a price bump, is the 2020 iPad Pro the more intelligent buy rather than waiting till the upcoming release? Other than the processor and the display, the rumors that the new iPad Pro will remain mostly the same.

We believed that the iPads have peaked, well not due to the hardware but because of OS and software’s limitations. Further upgrades in processing power can feel useless, as the dated A12X still isn’t being bottle capped and utilized to the peak. Upgrading to the A14X would bring little to no benefits to the table until Apple brings some software improvements. With leaks and rumors suggesting a better OS and compatibility with some Mac-like apps, the future looks bright and beautiful for the new devices.

iPads have always led the pack to be the best of the best in the universe of tablets, and waiting for the upcoming choices can prove to be the best decision that you could ever make. So, let us look at a few things that could help you decide on your wait:

Regardless of what you’re looking for, the upcoming iPads provide something for everyone and are a must-buy for anyone looking to get a great tablet to accompany their laptops or phones and deliver a great middle-ground between them.

Top five reasons to wait for the 2021 iPad Pro

All the underhood performance upgrades look good on paper. Still, as we all have seen, the old chips already saturate the operating system, and thus, with newer software comes the possibility to take advantage of all the cores and performance the SOC provides.

Have trust in us as we’re going to go through some of the best upgrades that the new device is supposed to be boasting, which in turn will end up making it a fantastic deal all-around.

The promised mini-LED display is on the horizon and is rumored to be launching with the new iPad Pro. It brings a lot of features to the table and takes the best from the beautiful OLED displays. If you’re unfamiliar with LED displays, mini-LED brings some decent advantages over the typical LCD and OLED displays out there on the market, including the previous 2020 iPad Pro models. Although this will not be a radical change in design, it would still be about a better user experience for all the consumers. Multiple rumors suggest that the 12.9-inch iPad Pro is going to feature a mini-LED display. It significantly increases color, contrast, and brightness levels and gives the iPad Pro improved local dimming tech making them HDR compatible. In general, we could say that:

If any of the above sounds like something you’d be interested in, think about waiting and getting a better deal.

The current iPad comes with an A12 Bionic chip, which in its own right is the powerful chip that delivers excellent performance to all users. However, the newer iPad is pretty much confirmed to come with the A14 Bionic chip, making it a better option for the power-hungry and gamer consumer base.

Apple is expected to come out with the iPad Pro soon with an upgraded five nanometer-based silicon process that will undoubtedly increase, going to shoot through the roof, leaving most of the completion high and dry. The new processer will lead to more power and better performance with enhanced battery life and will prove beneficial for gaming and multitasking. Some general things to consider:

In short, the upgrade will bring forward much more headroom for the developers to play and develop with, which will lead to better products throughout the industry.

The iPhone 12 lineup was the first set of Apple devices that paved the path with 5G support, and this gives us a much better perspective for Apple to extend the 5G connectivity to their various other devices. The 2021 iPad Pro is most likely to be the first outside on this hype stream and can be one of the biggest reasons to hold back for the upcoming iPad Pro. According to the latest rumors and leaks, Apple’s next-generation iPads will be 5G capable with mmWave support. mmWave or millimeter-wave a variant of the 5G band that promises to deliver ultra-fast speed at short distances. We can’t guarantee the claim’s reliability but still expect to see a massive difference from 4G. Some of the expected numbers are:

More and more rumors suggest that the upcoming iPad Pro will be first tested by Apple’s own in-house mmWave Antenna in Package or the AiP module. This AiP module was initially was supposed to be included in the next upcoming iPhones. But, Apple’s progress in developing its own 5G mmWave modules has increased the chances to see a new high-end iPad Pro bring forward one of the latest antennas in development. So if you’re the person that takes their iPad out for work or travel, and you cant rely on open Wi-Fi connections to provide you with the best experience, you might want to be on the lookout for the 5G iPad series.

The current Magic Keyboard is already one of the best attachments for the iPad Pro, and it takes the device from being a decent tablet to being a productivity beast. The keyboard feels terrific, and the trackpad is just in a class of its own. So waiting for a better-improved version of the Magic Keyboard to make the already great iPad a much better device can be a decent decision. The best attachments that we felt made the iPad one of the best product on the market are:

As we’ve already talked about the keyboard, the Apple Pencil accompanies that to the best of its capabilities. If you’re an artist or a college student in need of a note-taking or sketching device, then the iPad with the Paperlike screen protector and the Apple Pencil becomes one of the best tablets that deliver on all of your needs.

iPadOS has always felt lacking as the operating system and the software that accompanies it have always been lackluster. However, as Apple is continually moving forward with improving utility and bringing productivity applications to the limelight, we have high hopes to see a drastic change in how iPads work. Some improvements that have been hinted at with the new release:

The current iPadOS 14 includes almost the same features as the mobile iOS 14, though with redesigned interfaces for the larger screen. With the inclusion of widgets, changes to Messages, and many others, the OS feels impressive but still leaves a lot to be desired. Going with the trend, we can expect better-designed software to accompany the upcoming iPads to perform their best.

Reasons to not wait for the upcoming iPads

As we have looked at what the upcoming devices will bring to the table, let us look at the disadvantages of accompanying them. These are some of the reasons we feel will make a decent impact on everyone looking to get an iPad.

Mobile chips have already reached the saturation stage where upcoming releases only increase five to ten percent of performance. This performance increase will never affect you with real-world usage and should be considered for your next purchase. Let us discuss some points to make our point crystal clear:

Hence, if you’re looking to get a tablet for yourself and want some decent performance, the current-gen iPads are already capable enough to perform on all your expectations.

As it always been, Apple devices have always come down in price as soon as a new-gen launch is put into place. However, this also holds that newly released products are always much more expensive, which means that you will have to shell out a lot more for the best of the best. You can save a lot of time by just getting the current iPads and using that as they are very similar to the upcoming devices and would provide you with similar performance.

Just to get you on the same page as us. All new iPad Pro releases have been priced from $749 to around $1200. However, if you see the current pricing after a few months of launch, you could get the same highest-end iPad Pro for just about $1000, which is a steal at this price. Hence, advancing and getting a new iPad Pro now would do you no harm.

3. Minimal upgrade to the device and foldable incoming

The upcoming devices are not going to feature a lot of changes. Most of the changes are under the hood or minimal enough not even to be noticed. So instead of waiting for the 2021 iPad lineup, you could get the current-gen model and then wait for the 2022 or even the 2023 models so that you can get a feel of an upgrade with some radical design shifts. Well, leaving that all behind, foldable technology is still under development. Getting a phone-sized device that can expand to a tablet form factor just sounds incredible enough to skip the upcoming model and wait for the foldable to arrive.

As the leaks have suggested, the 2021 iPad Pro will have upgrades on the SOC, camera, and display department. However, from the body’s size to the battery, all other features are looking to remain the same without any radical changes.

So with all the ground covered and the bases studies, let us get to the inevitable conclusion of the question that got all of us here.

Should I wait for the upcoming iPad Pro?

Well, yes and no. See, it entirely depends on what your needs are and what you are expecting your device to be used for. If you’re a college student in need of a tablet for your studies and some media playback, get the current iPad and if you’re a designer who wants to upgrade to a better device for all your sketches, then yes, wait for the upcoming release.

The above are just examples of two different scenarios of people looking to get an iPad. This doesn’t mean that you have to follow them all the way through, but this means you would have to look at your scenario and decide accordingly on whether you need an iPad now or that you can wait for the upcoming release.

We hope that we have covered everything and helped you land on a decision, but if you still are bugged with some queries or are looking to get more details on the specifications. Then comment down below for all the answers and follow us for more news on the upcoming iPads.