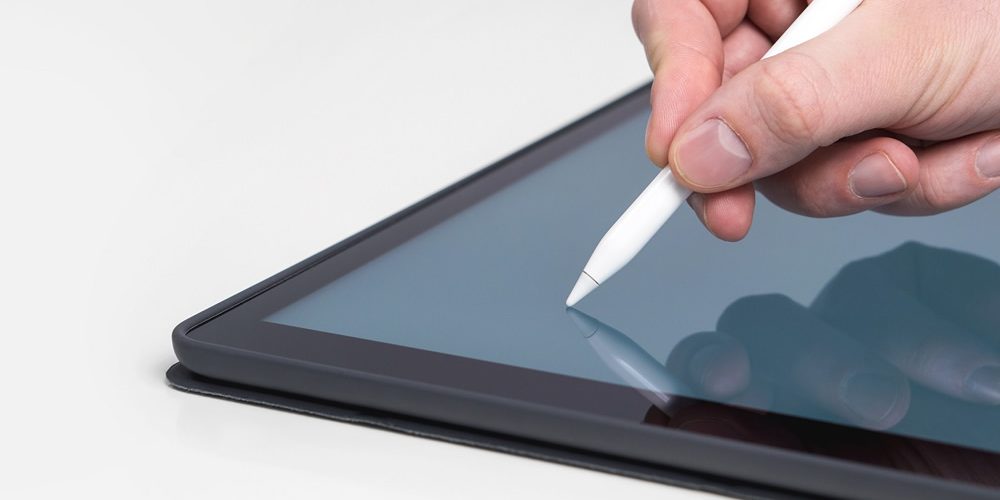 The Apple Pencil seems unreasonably expensive, but you still need a handy stylus for some impromptu notetaking and sketching on the fly? Let’s take a look at some of the best budget Apple Pencil alternatives you can find on the market right now.

It is no secret that Steve Jobs despised the idea of a touch interface stylus right from the start, but Apple Inc. is no longer the company Steve left behind. Pandering to popular demand, not only has the iPhone incorporated populous features but so has the iPad, with the Apple Pencil stylus. In combination with the premium iPad Pro variant and the Apple Pencil to complete it, the company has tapped into the creative market and hit all the right cords.

You can either be among the sheeple who blindly pick up any and every Apple product that is rolled out or an all-time Apple critic. But there’s no denying the fact that the Apple Pencil has been a success among casual users, as well as graphic designers and artists. Features that make it stand out from the crowd to include pressure sensitivity, tilt detection, rotation detection, and even wireless charging on the newer model.

Is the Apple Pencil Worth the Money?

Since it is Apple and considering all of the hype built around it, you are forced to question how good the Apple Pencil actually is. Although the sales of Apple Pencil have been doubling since 2018, there hasn’t been a shortage of some truly commendable Apple Pencil alternatives out there. Stylus pens have been around for far longer than the Apple Pencil, which is why it did not take long for some of the top brass in the industry to compete with Apple’s very own stylus and questions that high price tag.

Price: Carrying forward the tradition of expensive Apple accessories, the very first Apple Pencil was set at a price of $99, and the second-generation model takes it up a notch at $129. On one end of the price spectrum where the base model of the Apple iPad has become more affordable, a mere stylus pen continues to cost a hefty Benjamin. Some of the newer stylus pens not only trump the Apple Pencil 1st generation by offering wireless charging but also beat it at a fraction of the price.

Compatibility: If you were ever sold a pencil that could only write on a certain kind of paper, you would be dumping it the next chance you got. The same can be said about the Apple Pencil, which is only compatible with the Apple iPad, and not even all iPad models are supported. The first-generation Apple Pencil has extended support for the following:

Creative Preference: The Apple Pencil is a piece of art, but when it comes to creating actual art with it, or jotting down some notes, it all boils down to preference. The rounded, smooth surface of the first-gen Apple Pencil had mixed reviews, and while the second version has improved on it, not every artist is going to fall in love with it. The benefit of having dozens of variants when looking for a budget stylus for the iPad, is the ability to handpick the thickness, design style, texture, and point tip of your choice.

What are the Best Cheap Apple Pencil Alternatives Out There?

Your reason for seeking out a stylus for the iPad could be sketching and illustrating or general annotating and scribbling. Since it isn’t fair to pay the same price regardless of how regularly you plan to use the stylus on your iPad, we’ve cherry-picked the best ones in the business. Rather than listing them all up into one bundle, we’ve dissected the market to get a hold of the best Apple Pencil alternatives based on their specific purpose.

There must be something special about a product if Apple approves it, and Logitech Crayon is the only Apple Pencil alternative on the list to have that honor. The name and aesthetics with the grey-orange color scheme can be deceiving, but the Logitech Crayon is not built for child’s play, which is apparent from ergonomic design and advanced palm rejection features.

Adored by artists for the thicker base and line weight distribution feature angled drawing, digital artists and illustrators will have a blast with the Logitech Crayon. The battery life isn’t the best we have seen so far, but the fact that you can juice it up for 30 minutes of usage in just 2 minutes, virtually eradicates that problem.

An oddity in its class, The Adonit Mark Stylus is a genuine budget alternative to the Apple Pencil that manages to retain features, but not at the compromise in quality. The triangular edge design finds the balance between comfort and grip, allowing users to hold and glide it smoothly across the iPad surface.

The stylus pen is designed to work flawlessly, not just on any iPad model, but smartphones, Android tablets, and touch screen computers too. The anodized aluminum chassis feels natural between the fingers, and the messed tip allows for scribbling and even occasional freehand sketching.

While XIRON Active may not have the backing of a renowned brand like the rest on the list, the sheer number of positive feedback from customers is what guarantees this Apple Pencil alternative a spot on the list. Offering a design inspired by the Apple Pencil first-generation, the palm rejection technology does away with thin gloves and pairs with the iPad with the touch-sensitive switch.

Packed with a 1.2mm fiber tip similar to the Apple Pencil, the lag is minimal, with no form of slip noticed during continued usage. The rounded design offers a natural feel, making it ideal for notetaking and annotations, designed to be flat on one side for added grip and prevents rolling when laid down.

Having your iPad stylus run out of power in the middle of a notetaking session would be the equivalent of your pen’s ink running out. Hoping to keep you ahead of the curve during those long sessions, Adonit Dash 3 delivers a long-lasting battery that can pump out 14 hours of usage time from a single charge.

Priced a fraction of the latest Apple Pencil, the industrial design makes it look just as good as it feels in between your fingers. Available in Black, Silver, and Bronze finishes and crafted from anodized aluminum, the precise tip is recommended for freehand writing, with plenty of cross-compatibility to go around.

Despite being one of the most affordable Apple Pencil alternatives on the list, MEKO manages to excel at using premium aluminum and stainless steel in the device’s construction. Available in a slew of different colors, the MEKO Universal Stylus comes with a primary clear disc tip for accurate writing, and works flawlessly with not just the iPad, but several other smart devices.

The all-purpose stylus pen offers pinpoint accuracy not just for freehand writing and notetaking, but drawing and general use too. Since it does not require a battery to operate, you don’t have to worry about charging it up. Additionally, the metal mesh tip on the opposite side of the stylus also adds to its glory as a freestyle stylus pen.

Adonit is a brand committed to bringing the best stylus to the iPad and tablet users, and the Adonit Note+ further builds on that promise. Almost deceptively affordable in its price range, the stylus pen comes with some smart shortcut buttons built right into the shaft, allowing you to undo, redo, and erase written content instantly.

The inclusion of features such as palm rejection, makes it an adequate tool for sketching and illustrating, while 10+ hours battery life will keep your creative juices flowing without a break. The combination of a pressure-sensitive tip, tilt support, and native support for apps like Procreate and Notability, makes Adonit Note+ a sight to behold.

A pioneer in digital graphic designing, Wacom is where the game really started, and it continues to be a strong contender in the space. The Wacom Bamboo Sketch stylus is not too far off the price point of the Apple Pencil, but the fact that it is widely compatible across several devices is what makes it a worthy purchase.

The Bluetooth-enabled stylus works flawlessly across several smart devices, with native support for apps such as Adobe Sketch, Procreate, Goodnotes, and several others. The ergonomic triangular design offers a steady grip, with the customizable shortcut button to make workflow processes more seamless.

Rest of the Competition

Just as an artist would handpick their choice of weapon to spill their creativity all over the digital canvas, you should be conscious about the best Apple Pencil alternative stylus you wield. Apart from the top contenders in their respective fields we have listed above, there are a handful of others that deserve an honorable mention.

The best stylus for children to let their imagination run wild, would be the Studio Neat Cosmonaut with its thick aluminum chassis and soft grippy exterior.

When looking for a stylus that is best for writing and annotations, the Wacom Bamboo Fineline with 2,048 pressure sensitivity and slender design is just the right fit.

For designers and creatives on the lookout for an Adobe-approved designing tool for the iPad, the Adobe Ink & Slide along with the bending triangle design, along with Pixelpoint technology for enhanced accuracy is the next level equipment.

Plenty of drawing styli came before the Apple iPad, and several more continue to be launched every year. We aren’t fans of the fact that you have to shell out $100+ for a drawing accessory, but in the case of Apple’s stylus, the pencil is mightier than the sword. The first-generation Apple Pencil maybe five years old now, but it continues to be the industry standard for others to follow.

The official Apple Pencil has now become cheaper than its original $99 price tag, and you could grab it at a bargain price online. However, with the second-generation Apple Pencil out there already, any iPad Pro user would be reluctant to pick up the older sibling. The combination of wireless charging, an improved design, tilt action, pressure sensitivity, and seamless integration with iOS is why artists continue to flock to it.

Would you instead stick to the original Apple Pencil stylus and let the shepherd’s crook guide you? Does the slew of budget offerings tempt you to ditch the Apple camp and bring some freedom to your designing and notetaking options? We’d love to know your thoughts in the comments section down below.

Apple Pencil Not Working? 10+ Ways to Fix it Now