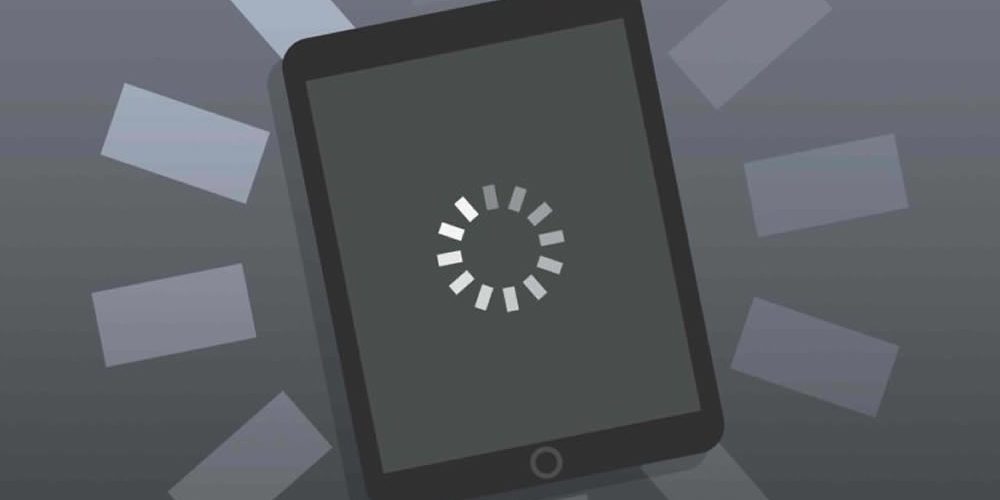 How to Fix a Frozen iPad – Everything You Need to Know

10 min read
FacebookTwitterPinterest
DEALS: The latest iPad Air with 256GB of storage is $70 off

Did your iPad Air suddenly decide to freeze and nothing seems to be bringing it back to life now? Fret not, you aren’t the first person to encounter this issue, and won’t be the last one either.

While the market for tablet devices has dwindled over the years, Apple has maintained a strong following for the iPad by segmenting it. While the traditional 9.7-inch iPad is now the cheapest Apple iPad you can buy, the iPad Air and the iPad Pro have been set as the mid-range and high-end variants respectively. You could love the iPad for its versatility and the fact that it benefits from around 6 years of iPadOS software support from Apple, but being a gadget after all, it isn’t perfect.

As veteran iPad users, we have come across our fair share of bugs and software glitches on the iPad, and even the latest iPad Air 2020 is no different. Whether it is the occasional force closing of apps, or the frozen iPad screen that does not seem to respond to any input, there is a world of issues that you could face on your tablet. Don’t sweat it, since most of these problems are basic and related to the software, being common among users all across the Apple ecosystem. We take a closer look at some of the tried and tested solutions on how to fix a frozen iPad Air and get the tablet up and running in no time.

Every tech gadget ever made can falter at times, and more often than not, the easiest way to get it back up and running is simply performing a reboot. Unlike our laptops and computers which receive some form of relief from processing data at times, our mobile phones and tablets barely every receive any downtime. Even with the screen frozen and non-functional, you do have the option to hard reboot using the physical buttons on the iPad Air.

You can now boot up the iPad Air by pressing and holding the Power button until the screen turns on.

Once the iPad screen is off, you can boot it up as usual by pressing and holding the Power button.

For some reason, if you aren’t able to use the physical keys to turn off the iPad Air, or the physical keys don’t respond as mentioned above, you may have to take extreme measures to forcibly restart the device. We read several reports from users who faced the issue of a frozen iPad, use this method to not only get the tablet working again, but cycle the battery performance too.

We recommend that you wait for the iPad Air to juice up entirely before turning it on.

More often that not, it is a third-party app, and not the iPadOS itself which is causing the screen to freeze on the iPad. While AndroidOS has a built-in Safe Mode that allows you to turn on the device without any of the third-party apps, there isn’t such as feature on the iPadOS. However, Apple does offer you valuable insight on the performance of apps you are running, under the Analytics section of the Privacy settings.

We suggest that you install the third-party app being highlighted in the Analytics Data section, give the iPad a reboot and see if it resolves the issue for good.

This quick fix is ideal for times when you want to give the good old iPad a refresh, without actually having to go through the trouble of backing up and restoring it. We recommend using the “Reset All Settings” menu option as the “magic pill” to solving not just performance issues, but also fix network connectivity problems too.

This particular fix is highly effective if you have been having connectivity issues on the iPad Air with a Bluetooth headset, across the Wi-Fi network, or the mobile data on the SIM card.

Unlike most Android tablets out there, the Apple iPad does not come with an expandable storage, similar to the iPhone. You may have picked up the base model iPad Air for the compelling price, but being limited to just 32GB or 64GB of storage can put a wrench in the device’s performance. To keep the iPad Air frozen screen at bay, we suggest you take a closer look at how full the onboard storage is, and what you can do to reduce it.

For certain apps, such as Apple Music, you can even choose which internal files (songs) are stored on the iPad Air, and delete the others by swiping left.

Although the iPad is designed to run the hardware and software is perfect harmony, there can be times when the iPadOS goes haywire. Performing a factory reset is a method we put to good use when it comes to bringing any iDevice to its senses, since it completely resets the settings, data, and apps to the factory (untouched) state. However, when you are trying to factory reset a frozen iPad Air, you won’t always have access to the in-built Settings function that allows it.

Thankfully, iTunes still exists (Finder for macOS Catalina and higher) and it gives you a safety net to factory reset your iPad Air.

Note: For Apple iPad Air 2020, the process to put the iPad in recovery mode (DFU Mode) is different.

While Apple iTunes or Finder on macOS does not offer you a way to fix the frozen iPad screen directly, there are third-party services that do. One such name is Fixppo by iMyFone, which is built with troubleshooting features to resolve issues such as boot loop errors, iPad stuck on the Apple logo, boot up iPad stuck in recovery mode, and more.

Note: Fixppo requires the latest version of iTunes to be installed on the system to work, so make sure you have it up and running.

The operation is automatic, and it promises no data loss, so you aren’t required to back up the iPad Air before you begin. However, we do recommend that you create a backup, just in case, so that your data is always secure.

If Nothing Else Works – Reach out to Apple

When all hope is lost, the only option left is to reach out to Apple and expect any of its “geniuses” to put you out of your misery. Although a rare occurrence, the frozen iPad Air could be the result of a hardware issue, which may or may not have been caused by you. Depending on the root cause, you might have to cough up some extra bucks to get the iPad fixed up and running optimally. Additionally, the following reasons could lead to a frozen iPad Air, apart from the most common ones we have covered above:

While it may seem like the end of the world is upon you when the beloved iPad seems to be frozen in time, it certainly isn’t an uncommon occurrence. We’ve done our very best to cover every possible solution to thaw out the Apple tablet and get it back up to speed for gaming, streaming entertainment, keeping the kids busy, and a whole lot more.

Which of these listed solutions we have mentioned above, seems to work best for you in getting the frozen iPad Air screen back on? We’d like to know more about your experience in the comments section below.

How to Recover Deleted Text Messages on iPad (and iPhone)