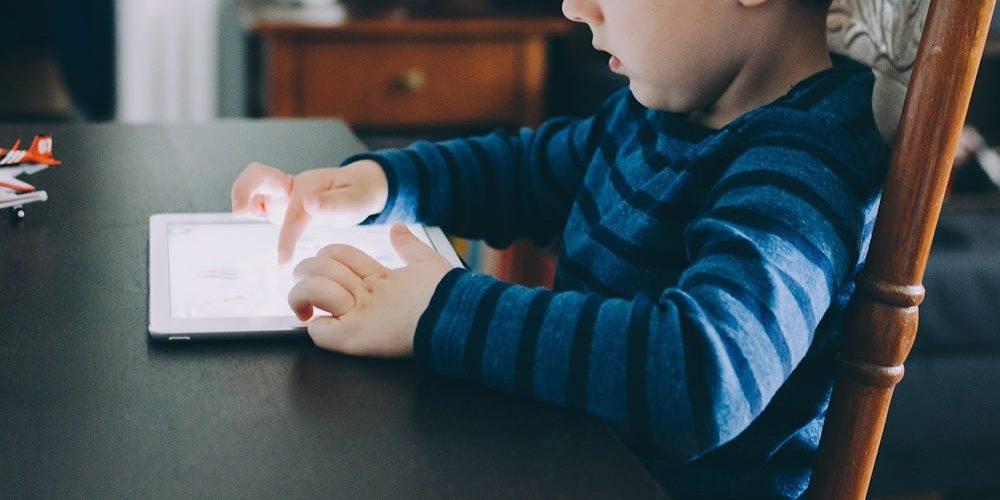 9 min read
FacebookTwitterPinterest
* Save on M1 iPad Pro: $150 off at Amazon *

The Apple iPad can be an interactive tool for fun and learning, but you might want to curb the latter at times. You can safely kid-proof the iPad with the Guided Access, Screen Time, and other features, and here’s a guide to explain it.

Ever since the beginning, when Apple brought the tried and tested great features of the iPhone into a larger screen, it was meant to do more than serve the needs of just one person. The Apple iPad came out as a tablet built for adults and children alike, offering the best of productivity to the parents, while plenty of online learning and entertainment to the little ones. However, in the digital world we occupy, it is becoming increasingly difficult to draw a line and curb the usage time of smart devices, mostly when your child is glued to the iPad all the time.

To counter the well-documented addictive nature of the iPad and the millions of YouTube videos that can be watched and games that can be played on it, Apple has devised the Guided Access feature. Originally meant to be nothing more than an Accessibility tool, parents, teachers, and even adults seem to find Guided Access as an outstanding feature that lets you rule the school. Apple doubled down on the parental control features by introducing Screen Time, limiting your child’s ability to use an app.

How to Kid-Proof Your iPad

While the iPad is meant to be a family device that works for everyone, you cannot let the kids have a hay day on it. We’ve listed some of the most useful features built into the iPadOS, which allows you to pull strings on the content that your child is exposed to and how long they use certain apps, without depriving them of some digital fun.

Apple doesn’t advertise Guided Access with all its might, and while it is tucked away in the Settings menu, it could be a lifesaver for parents. The screen control feature allows you to launch a particular app or game and then keeps the kids stuck to that particular screen. You have the choice to turning off buttons and even parts of the iPad screen, such as disabling the search feature in YouTube or the Home button to exit the app screen.

You can check the Passcode Settings on the same screen to set it using Touch ID or Face ID on your iPad. Similarly, the other options can be used further to configure the Guided Access tool on the iPad before you try it out for real.

Once turned on, Guided Access can also be launched with a simple command to your Siri virtual assistant. It is essential that you set up a robust passcode (if you aren’t using Touch ID or Face ID) since the safety wall is only as strong as the password to have set to protect it.

Although the feature isn’t even two years old, it has quickly become one of the most comprehensive parental control tools on iPad you could have. While Guided Access gives you a more hands-on approach to control the attributes of only one app at a time, Screen Times takes it up a notch with several parameters to set and make your iPad kid-proof right down to the tee.

Start things off by setting a Screen Time Passcode that will control the entire app and even let you extend the time limits if need be.

App Limits – You can choose to Add Limit and select apps, games, and even websites that you want to limit how many hours the app can be used.

Communication Limits – By limiting access to the Messages, iCloud contacts, and Phone, you can set the parameter for Allowed Communication and even allow emergency communication with individual contacts when the Downtime is in full effect.

Always Allowed – Feel free to add apps and even contacts you don’t want to limit the screen time to, even when the iPad is in Downtime mode.

Content & Privacy Restrictions – Giving you extended control to the internal elements of iPadOS, here you can limit iTunes & App Store Purchases. You have the ability to deselect system apps (Mail, FaceTime, Camera, Safari etc.), which are among the Allowed Apps category, along with Content Restrictions across the App Store, websites, Siri, and more. Several Privacy features (location services, Bluetooth sharing, advertising, etc.) can be controlled alongside other changes.

When you reach the screen time limit on a particular app or a restricted website, you will see the Screen Time pop up. The Time Limit screen will then allow you to Ask For More Time and extend the usage by 1 minute, or you can Enter Screen Time Passcode to unlock the limited usability. After entering the passcode, you can approve the usage for a few minutes, an hour, or the entire day.

The iPad, all of its apps and websites, thrive on the World Wide Web, which is the lifeblood of all distractions. Keeping the kids from accessing videos they aren’t meant to watch or to limit an app’s ability by disabling the internet is a useful parental control tool. For the younger ones, it can be as simple as toggling off the wireless network.

All you need to do is head over to Settings – Wi-Fi, which curbs access to YouTube videos, internet-based apps, and websites. Apart from turning off Wi-Fi directly, you can even regulate internet use on the iPad with the Screen Time app.

Under the Content & Privacy Restrictions menu, you can set up Content Restrictions that restrict web services you can use. There’s the option to limit App Store Content, filter the Safari app by setting up Web Content restrictions and put a stop to those long hours of gaming by limiting the abilities of Game Center.

Solution #4 – Enable Do Not Disturb Mode

While the Screen Time app offers a comprehensive guide to make the iPad kid-proof, you might need all of it if your child is still young. Something as simple as the Do Not Disturb mode would be ample enough to keep your little one focused on what’s on the screen.

Once enabled from the Settings menu, Do Not Disturb mode can be quickly Scheduled for a specific time slot every day, during which all calls and notifications will be silenced. You can choose to allow calls from specific contacts along with repeated calls in case you’re worried about missing out on a meaningful conversation.

Do Not Disturb mode can be your tool to blocking the constant barrage of notifications from third-party apps, along with Messages notifications that can lead to an embarrassing text to a co-worker.

As parents, most of us can agree that YouTube is an excellent tool for interactive learning, entertainment, and the only option you have to keep your little one busy. However, the official YouTube app is home to kid-friendly content, but a treasure trove of videos that may not be appropriate for younger audiences.

According to Pew Research , more than 80% of parents with children of 11 years or younger regularly allow their children to watch YouTube. Since the massive young audience benefits from the video-sharing platform, it is no surprise that Google has created YouTube Kids.

Unlike YouTube’s original platform, which ranks videos based on popularity, YouTube Kids curates the content based on quality instead. The advertisements are designed to be engaging with no irrelevant or inappropriate content played and no comments section for someone to be a meanie-bo-beanie. There’s even a parental control lock built-in, so you still have control over what content your children can watch, along with a clean and child-friendly UI

In the technologically advanced world that we live in, keeping children away from a screen is almost impossible. Mobile addiction and burnout are growing concerns among parents worldwide, making it all the more critical to kid-proof your iPad and make it safe for them to use for extended periods. While there are parental control apps for iPad such as Net Nanny and Norton Family for you to try out, we found the native features of Guided Access and Screen Time to be equally effective.

We hope you will be able to keep a closer look at how your child uses the Apple iPad in the most beneficial way possible.

Get Started with Installing and Managing your Apps on iPad