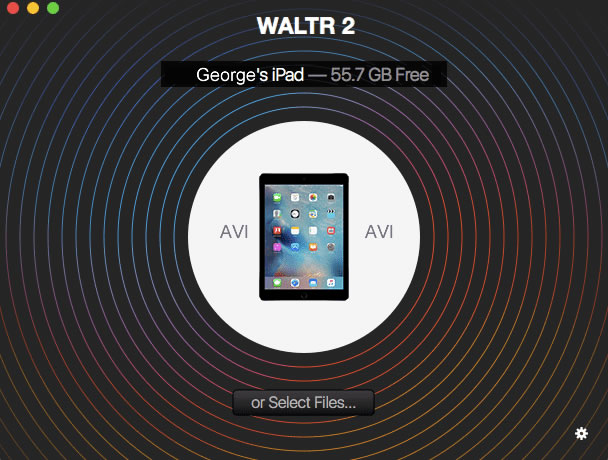 Have you ever tried to play an AVI file on your iPad only to be greeted with an error message? AVI may be natively supported in Apple devices – but there is more to video formats than what meets the eye. That is why you may want to check out how to play AVI videos on your iPad.

We are going to include a couple of different solutions along with the basics of what you need to know about this issue. So, without any further ado, let us jump right into it!

AVI is a multimedia video format that you can use for either listening to music or watching videos/movies. It’s more or less the same with MP4, MOV, and other video file formats – except there are a few technical differences to how they work under the hood.

The thing is that if you want to play a video, your iPad needs to support the video format as well. And while AVI is officially supported on iPad devices, there are lots of other things that can make an AVI file unplayable. Those are the:

If even one of these is out of what your device can achieve, then you won’t be able to play your favourite videos. Thankfully, there are a couple of workarounds to that issue.

How to play unsupported AVI files on iPad

There are two ways two solve this issue on iPad devices.

One is easy and free, but it may or may not work—depending on the circumstances—while the other is paid and it should work 100% of the time.

With that out of the way, let us move on.

VLC is no doubt one of the most popular media players that you can get on any device. And the reason we recommend it in this particular case is that it’s an easy way to give your iPad support for multiple other formats and encoders that are not natively supported out of the box.

All you have to do is:

It really should be as simple as that. And it’s not just about format support, you can also use VLC for unsupported encoders, and, in some cases, even for higher video resolutions and framerates. However, this is more of a hardware-related issue rather than software.

And it’s not just about playing unsupported videos. VLC can also do a few other things such as adding subtitles or an audio/video delay in the case the video is not tuned properly or if you are using wireless headphones with delay.

In any case, VLC is open source and free to use. So, the least that you could do is give it a try.

And if it doesn’t work, you’ll have to rely on a good old video converter.

Option 2: Use WALTR 2 (Premium but Easy to Use)

WALTR 2 is a 2-in-1 video converter and file manager. You can use it to convert an unplayable video into something that your iPad supports. The only downside is that you are also going to need either a Mac or Windows computer to run it.

The great thing about it, on the other hand, is that it sends and converts files on the fly. All you have to do is connect your phone to it and transfer the unplayable video from the computer to the iPad.

4. Once the phone is connected, drag and drop the unplayable AVI file to WALTR 2 (Skip this step if you already have the file on your computer).5. Then send it back over to your iPad.

After that, all you have to do is play the file on your iPad and, hopefully, this time it’s going to work just fine.

Transferring the file may take some time depending on the size of the file. And don’t forget that WALTR is also converting the video/audio while transferring.

It’s really as that. You don’t have to bother with advanced settings or anything like that as the program takes care of everything for you.

Option 3: Use HandBrake (Free but Tough to Handle)

HandBrake is another video converter that you can use to convert unplayable AVI files into something that works for your iPad. However, the three main differences between it and WALTR 2 are:

Here’s how to use it:

We understand that all this may be a bit too technical for your average Joe. But that’s the price to pay for getting something that’s free and open source.

If in the end you still can’t get your video to play, try using WALTR 2 instead.

Can You Play AVI Files on iPad?

Yes. AVI files are natively supported on iPad devices. However, there is a chance that you still won’t be able to play some of them depending on their video resolution, encoder, and framerate – especially on older iPads.

As we mentioned above, if you can’t play an AVI file on your iPad, your best bet is using a converter as WALTR 2. There is a chance that it’ll convert it to MP4 – but that shouldn’t make any difference in terms of quality.

At this point, it’s worth noting that regardless of the device that you are using, iTunes does not support AVI files. Audio aside, iTunes can only play MP4, MOV, and M4V videos.

How can I Play AVI Files on iOS?

Unlike iPads, iPhones do not offer native support for AVI files. However, you should still be able to play them by either using VLC or WALTR 2.

But, again, it’s worth keeping in mind that iTunes is not going to work with AVI no matter what. In that case, all you can do is convert it to MP4 or another playable format.

How do I Convert an AVI File to MP4?

The easy way to do it is by using a converter such as WALTR 2. After all, WALTR 2 is not just a file manager. It also converts unplayable files to formats that Apple devices support. One of the most common ones is MP4 as it’s supported in most devices nowadays.

All you have to do with WALTR 2 is grab the AVI file and drop it on your Apple device. That should either convert it to MP4 or another playable format for you.

No. iTunes can only handle MP4, M4V, and MOV videos. The only way to play an AVI file on iTunes is by converting it to one of the aforementioned formats.

How can I watch MP4 Videos on my iPad?

MP4 videos are natively supported on iPad devices. So, you should be able to play one just like you would any other video without any issues.

If you can’t, there is a chance that either the encoder is not supported or your iPad is too weak to handle a high-resolution video. The easiest way out of that is using a video converter such as WALTR 2.

Is MKV Better than MP4?

Both formats support high-resolution videos and a decent compression ratio. However, unlike MKV, MP4 is compatible with pretty much anything these days. So, while it doesn’t offer anything that’s superior in terms of quality, we’d pick it as a winner every day of the week if only due to its higher compatibility.

What is the Best Video Format for iPad Devices?

While Apple generally seems to prefer MOV and M4V files, we’d say that MP4 is the best format if only due to the fact that it’s compatible with pretty much everything out there – including iTunes as well.

Should I Use AVI or MP4?

If there is an option between the two, MP4 is always the superior choice if only due to its superior compatibility.

Are MP4 Files Smaller than AVI?

Not really. The format alone shouldn’t make that much of a difference in terms of size or quality – unless we are talking about much older and forgotten formats such as 3GP.

Some of the actual aspects that can make a huge difference are:

How do I Make an AVI File Smaller Without Losing Quality?

There are several ways to make AVI files smaller – all of which are going to reduce the overall quality of the video a bit. But whether you’ll actually notice these changes in quality or not comes down to a few different factors such as your screen resolution and the overall resolution of the video as well.

In any case, to make AVI files smaller, you can use a more “advanced” converter such as UniConverter and lower the:

For example, if you have an iPad with a 1080P display, you can probably drop a 4K 60FPS video down to 1080P 30FPS and you’d hardly notice any difference in terms of quality.

That’s about all there is to know about playing AVI files on iPad devices. If you liked this article, feel free to stick around as we regularly post articles on all things iPad (But mostly software).

If you wish to add anything more or ask any questions, feel free to let us know all about it by using the comments section down below!

How to Play DVD on iPad Mini/Air/Pro

Ways to Retrieve Deleted Videos from iPad With & Without Backup

Best Video Converter Software for iPad (and iPhone) in 2021

How to Watch DVR Recordings on iPad?