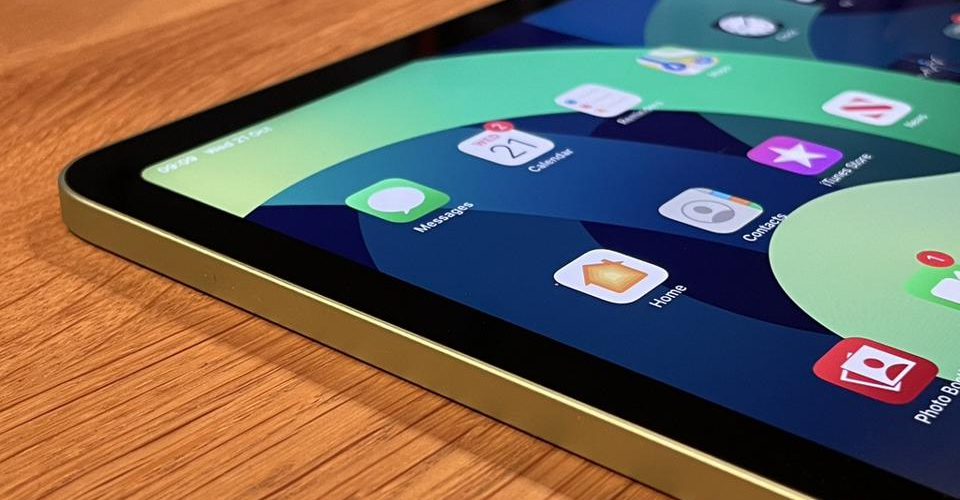 People have loved iPad devices for so many different reasons from the beginning. For some, an iPad was the perfect media consumption device, while others saw it as a semi-computer that they can carry around. Many had leveraged the integration iPads have with the Apple ecosystem, and this device has been popular among toddlers, high-schoolers, and graduate students.

Even then, iPads have not been as mainstream as Apple had envisaged them to be. However, with the launch of the new iPad lineup and the powerful iPadOS on the line, the Palo Alto company is all set to re-write some things about the world of iPads. In this article, we will have an analytical perspective on how the brand-new iPad Air, the 8th-gen iPad, and the ever-improving iPadOS may change computing for us.

Apple made quite a controversy when it launched the video ad for the iPad Pro a couple of years back. The video featured a kid who apparently doesn’t know ‘what is a computer’, since he uses his iPad Pro for almost everything. This ad was, however, just the start of the narrative.

Later, when the company launched the latest-generation iPad Pro with Pro cameras and LiDAR scanners, we saw the narrative again. Apple said that ‘your next computer is not a computer’, putting the spotlight on not just the impressive performance sheet but also the integration with Magic Keyboard and iPadOS 14.

If you ask us, though, these two parts of the narratives are just the beginning. Apple wants to reimagine its dream of replacing computers with iPads using the new two devices that we mentioned: the iPad Air 4 and the 8th-gen iPad. And let’s see how that works.

The classic iPad, the 8th-generation of which is in the market right now, has been the most popular model of iPad that we have seen. Since its inception, students, professionals, and casual users have swarmed towards this compact piece of technology. However, the 7th-generation iPad didn’t have much difference compared to its previous generation — in terms of hardware or design. This was more of a disappointment for at least some users, you know.

That changed with the 8th-generation iPad, which uses the Apple A12 Bionic chip based on the 7nano-meter architecture instead of the 16nm-based A10 Fusion chip the 6th-gen and the 7th-gen iPad models had. Sure, the A12 Bionic is the same SoC that we have seen in many iPhone models in the past, but that is a fantastic improvement of performance and reliability. This performance boost can help the crowd that usually prefers the budget-friendly variant of the iPad.

It’s a mobile workhorse that is exactly what you need and little else. That is what Apple has delivered here. It has the same single-core performance as the latest iPad Pros which will guarantee its use for years to come. – AppleInsider

Apart from what is on the inside, you can’t see any feature that distinguishes the 8th-gen iPad from the two previous-generation models. For instance, you get the same 10.2-inch IPS LCD panel with large-enough bezels, a non-removable Lithium-Polymer battery, support for Apple Pencil (1st-gen), 1080p video recording, and 3GB of RAM. Some may find these specs a little disappointing, but you should note that Apple charges the same for both the 8th-gen and 7th-gen iPad.

Therefore, as someone who needs the power of iPadOS, the optimized apps, and the well-integrated Apple ecosystem, you can easily go for the 8th-generation iPad. That this compact device can perform way better than the average Windows laptop or 2-in-1 device that you can get for the price is something extraordinary. The machine can keep running for more than 10 hours on a single charge on top of this.

When you combine it with the right accessories, such as the smart keyboard and the Magic Touchpad, the iPadOS 14 can give you a fantastic experience.

Altogether, we believe the iPad 8th-gen is a significant first step towards creating a tablet lineup that can quickly and conveniently replace traditional PCs.

iPad Air 4: Not Pro, but Closer

While iPad 8th-gen is a significant first step, it’s the iPad Air 4 that defines Apple’s plans. Deliberately or not, the iPad Air 4 makes it possible to get a performance-focused tablet PC without shelling out a considerable amount of money. Compared to the iPad Air 3, which resembled the original iPad lineup, for the most part, the iPad Air 4 has acquired a modern design, with slimmer bezels and the lack of the famous Home button.

To make up that extra space, Apple shifted the Touch ID to the top button on top of the device. More importantly, the iPad Air is powered by the Apple A14 Bionic SoC, based on the 5nm architecture. Unlike the iPad Air 3, this version comes with 4GB RAM and 64GB storage space as the starting option. The device also packs an improved camera with 4K video recording, dual-band Wi-Fi 6, and Bluetooth 5.

The iPad Air 4 would also be the first budget-friendly iPad to ditch the long-accustomed-to Lightning port for a USB Type C. This also means that you can charge this iPad by connecting it to a Magic Keyboard. Similarly, it wants you to use a 2nd-generation Apple Pencil instead of the 1st-gen one. Keeping the legacy of the iPad lineup alive, this model can also run for more than 10 hours on a single charge.

If you’re looking to get an iPad right now and can afford it, the new $599 iPad Air is the best tablet for most people. Apple has taken the design from the more expensive iPad Pro and brought it down to a more reasonable price point. – The Verge

We don’t want to explain the specifications further, but here’s what we see:

By spending way less than you’d for a PC that would perform similarly, you get a performance-oriented iPad that can outsmart almost every Android-based tablet out there. By spending a few hundred more dollars on accessories, you can kick-start the new hybrid computing lifestyle as well. Therefore, if you’ve got a limited budget, the iPad Air 4 is the closest you can get to the Pro experience.

This also seems to be a better choice than the iPad Pro lineup if you don’t plan to use the ProMotion display, a bigger screen, and the LiDAR scanner. As you can guess, the device is currently the best choice for students who would give video editing and heavy content creation a try. Excellent, isn’t it?

The Lineup and iPadOS 14

As we said, both the 8th-gen iPad and the iPad Air 4 mark the beginning of a journey that Apple probably has designed for us. While the company has done the job of arranging some of the best hardware for both these devices, we cannot ignore the role of iPadOS 14 here.

With iPadOS 14, we’re excited to build on the distinct experience of iPad and deliver new capabilities that help customers boost productivity, be more creative, and have more fun. – Craig Federighi, Apple’s Senior VP of Software Engineering.

With the new app designs, compact calls, support for Scribble, enhanced AR support, and the power of both AR and VR, iPadOS 14 brings both of the best worlds. If you want it to be a simple OS that can manage media and other aspects with ease, there is that option. On the other hand, when it’s time to step up the game and multitask the hell out of your schedule, the OS can keep up.

We believe Apple would be adding more and more features to this package in the upcoming years, making iPadOS 14 a suitable OS to power this device lineup for the extended future. By the way, you can get all this goodness of iPadOS even if you have other iPads than the two we have covered.

Because Apple is Apple when it comes to keeping secrets, we cannot be certain about what we can see with the iPad lineup. There are, of course, a few expectations. For instance, we’d love to see some kind of a design overhaul for the original iPad, including removing the bezels and the home button.

The new iPad Air brings customers powerful pro features at an even more affordable price. Along with major upgrades to the iPad Pro and eighth-generation iPad this year, and the powerful new features of iPadOS 14, this is our strongest iPad lineup ever, giving our customers even more ways to enrich their daily lives. – Greg Joswiak, Apple‘s Senior VP for Worldwide Marketing.

Similarly, it would be nice to see some more affordable iPad devices in the market, filling the void between the base-level iPad and iPad Pro machines. Meanwhile, you can get the most out of these two devices with the power of iPadOS.

Best Wireless Chargers for iPad – Everything You Need to Know

The Best VPNs for iPad and iPhone (Running iPadOS/iOS 14)