Apple took their next steps into the portable video market with the new iPad tablet with video capabilities. In this article, we’ll look at the iPad video format so that those looking to convert their own video content can make informed decisions about the options available and the best resolution and format to use for the best possible viewing experience.

Same with iPod, iPhone, Apple TV, the new iPad will play back videos encoded using either the MPEG-4 or H.264 codecs.

These are open-standard and not in any way proprietary to Apple, but at the same time do not represent a broad portion of the video content that is currently available outside of the iTunes Store. Further, this does not represent the video standard that is used by most video recording devices, TV recording devices, or commercial DVDs. The result is that finding video content from anywhere other than the iTunes Store that is already encoded in an Apple-ready format is going to be difficult, and much of this content will therefore need to be converted.

Apple’s likely reason for these particular choices of codec is that they are an open, established standard, and they both provide a very high level of video and audio quality for a given file size. MPEG-4 has historically been very good in this regard to begin with, and the H.264 codec has only improved on the quality and file size efficiency.

Content on the iTunes Store uses the H.264 codec exclusively. Content you encode yourself can be encoded into either H.264 or MPEG-4, although H.264 will generally provide better quality for a given file-size, it also takes longer to encode.

Two other important considerations with video playback and the quality of the resulting file are the resolution and the bit-rate. The resolution simply refers to the dimension of the screen image, in terms of the number of pixels wide by the number of pixels high (ie, “640×480”) while the bit-rate refers to the amount of data that is actually encoded to make up a single second of video playback, normally expressed in either kilobits per second or megabits per second. This is the same concept as bit-rates for audio formats such as AAC and MP3.

Naturally, the higher that both of these numbers are, the better the quality of the resulting image will be. These factors both work together, however, since the resolution simply specifies the number of pixels available in a specific frame, and the bit-rate specifies how much actual information is being used to generate those pixels.

How it directly affects the concept of bit-rates, therefore, has not to do with how much data is actually being encoded for each frame, but how much data is available to record the differences in frames. A high-resolution video with a low bit-rate will produce a more blurry image as well as visible signs of “artifacting” (distortion, blocking effects and jagged edges) on high-motion action sequences.

So what resolution and bit-rate should you use to encode your video content?  Logic would suggest that one should always use the highest settings possible, but much of this has to do with what your source content is, and the limitations of the equipment you’ll be using to watch it. if your original source video is already at a smaller resolution, there is absolutely no point in encoding it in any higher resolution or bit-rate, as you’re not going to magically gain any resolution that wasn’t there in the first place. In our experience, consumer-grade conversion tools that promise “upconversion” of video formats are generally not worth the effort.

Another important consideration when encoding videos is the size of the resulting file. This will correspond directly to the bit-rate of the file rather than the resolution (although higher resolutions require higher bit-rates), and while the H.264 and MPEG-4 codecs do a very efficient job of producing high-quality video at lower bit-rates, you’re still going to ultimately be constrained by how much space you have available on your particular device and how much content you want to be able to store.

If storage space is of primary concern, encoding at lower bit-rates will naturally save some space, but this will come at the cost of video quality. Any bit-rate less than 1 mbps for 640×480 content will generally be too low to produce reasonably viewable TV output.

Another very important consideration when trying to decide on the optimal iPad video format in which to encode your content is the aspect ratio of the original source content.

Aspect ratio simply refers to the ratio of the width of the image to the height of the image as shown on screen. There are three common aspect ratios in use for commercial video content today:

So, armed with all of this information, what are the recommended tools that should be used for encoding video and DVD to iPad video format? All you need is a few minutes and QuickTime Player. Anything that opens within QuickTime Player will convert, and it’s extremely simple to do, and because QuickTime Player is bundled on every Mac and is also a free download for Windows users, the entire conversion process is free. But the only possible limitation is the output format.

Alternate Conversion Utilities
For obscure video formats, the best DVD to iPad Converters and best iPad Video Converters will do the job, and they also covers many options that QuickTime does as well. We’ve reviewed them that are available for encoding video content onto the iPad from various sources and covering some tips on ways to optimize video conversion.

For Mac users, there is also DVD to iPad Converters for Mac and Mac iPad video conveters to convert videos to any compatible video or audio file selected.

While perhaps not the most inexpensive method, the easiest way to get video content that is playable on the iPad is still to purchase it from the iTunes Store. However, this is not always practical for all users, and certainly not even available to many iPad users outside of the U.S. As a result, the only practical way for many to get video content in an Apple-ready format and build a library is to convert your own content.

Unfortunately, video conversion can be a time-consuming task, so it is important to have a good understanding of the various issues before spending many dozens of hours converting video only to discover that it is not in the most optimal format. Further, due to the time required, it is a good idea to try and create a video collection that takes into account the platforms and devices that you may want to use in the future. 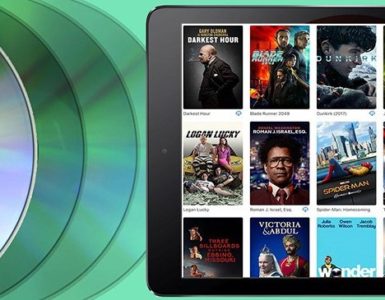