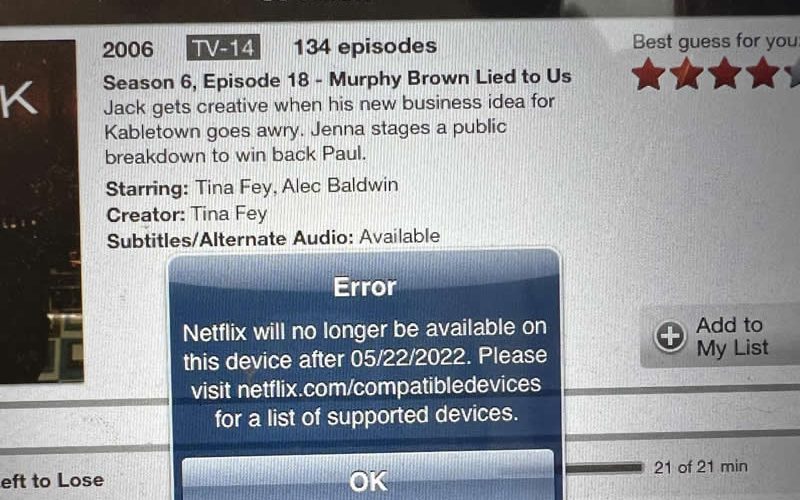 Netflix is No Longer Supporting Legacy iPads. What to Do?

When it comes to watching exciting series and films online, the only “over the top” (OTT) platform that comes to your mind is Netflix. In recent years, Netflix has emerged as the biggest OTT platform across the globe.

The reason for this rise in the viewership is the unmatched quality of web series and movies like Breaking Bad, Ozark, Friends, Extraction, The Guilty, Money Heist, and many more. The production quality and the storyline of the content available on Netflix is the key reason why the viewership and the numbers of subscribers are increasing.

The engaging content available on Netflix makes the viewers get stuck to it. Most people watch the Netflix on their iPad due to the immersive display quality and the screen size.

But, recently, the application has become unavailable on certain iPads due to the compatibility issues with the device software and hardware too. Due to this, regular users are facing a lot of issues as they are not able to watch the content on their iPads. So, let us look at a few good fixes below.

The latest version of Netflix runs on iPads that have iOS 11.0 or newer. The reason behind this unavailability is the change in the new HTTPS standards that are updated in the more recent versions of the iOS. The following iPads can run the updated versions of Netflix.

Now the question arises what can you do if you are using one such iPad that is incompatible with the newer version of Netflix? Let us see.

Netflix is not supported on my iPad. What to do?

If you are using an iPad that is running on older versions of iOS that do not support the updated version of Netflix, you can try using the methods mentioned below to stream the Netflix videos:

Update your iPad to a Netflix compatible iOS version

The process to update the iOS version of your iPad is given below:

Step 1: Firstly, you need to connect your device to the internet or Wi-Fi. You can check if it is connected or not by opening a web page on Safari or by streaming any video on YouTube.

Step 3: The iPad will check for updates and show one if available.

Step 4: Download and install the new version of iOS, if available.

After the software update and installation is finished, try opening the Netflix once again and check if it is running or not.

Download the older version of Netflix available for iPads

Step 1: Sign Up with your Apple ID on your iPad and go to the App store.

Step 3: Tap on the iCloud icon, and a dialog box with the message “Download an older version of this app? The current version requires iOS 12 or later, but you can download the last compatible version” appears.

Step 4: Tap the Download button. The Netflix being downloaded is the older version of Netflix, which will be compatible with your device.

Use another iOS device to get the Netflix app

You can still download the Netflix app on your iOS if the older versions were not downloaded and also if your device is running on an iOS version older than iOS 12. Let us find out how you can do so.

Step 1: Find a new iOS device logged in with the same Apple ID and download the Netflix app on it.

Step 2: Now open your iPad and go to App store > Purchased. You will see Netflix there, which you just purchased.

Step 3: Tap the iCloud icon and download the Netflix to your old iPad.

Note: The thing to keep in mind is you can do this only if your iPad has an iOS version above 5.0.

Another method that you can try is streaming the Netflix videos directly from the web browser on your iPad. You can follow these steps for the same:

Step 1: Open Safari on your iPad.

Step 3: Log in using your credentials and stream your favorite web series.

Besides Netflix, watching YouTube/DVD movies on iPad too

Netflix videos are not the only thing that you watch on your iPad. You must be consuming content on YouTube and also watching the videos saved on your iPad. Let us see how you can download the YouTube videos for offline viewing and how you can play DVD videos on your iPad.

Downloading the YouTube videos offline on your device provides you with lots of advantages as you can watch them anywhere and anytime, without even thinking about the availability of the internet.

For detailed information, click on the given link: http://www.ipadintouch.com/how-to-download-youtube-to-ipad-iphone-for-offline-viewing/

How to play DVD on iPad?

Storing videos on DVD is a thing of the past now. But, the videos that are saved on DVDs also contribute to some good memories in our lives. Watching these DVD videos on your iPad gives a good feeling.

You can play the videos saved on the DVD on your iPad using various methods such as copying the videos from the DVD to your iPad and many more. Various third-party apps are also available for the same.

For further information on how can you play DVD on iPad, follow the link: http://www.ipadintouch.com/play-dvd-on-ipad/

Suppose you are a person who is fond of watching web series, documentaries, movies, or anything else, a lot on Netflix.

But, if you have an older version of the iPad, which now does not support the newly updated version of Netflix, you can surely try the methods mentioned above and enjoy your time.

How to Watch the 2022 Winter Olympics Anywhere 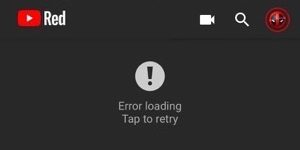 YouTube Won’t Load on iPad, All Fixes Are Here!

Is the iPad Pro Able to Play YouTube Videos in HDR?