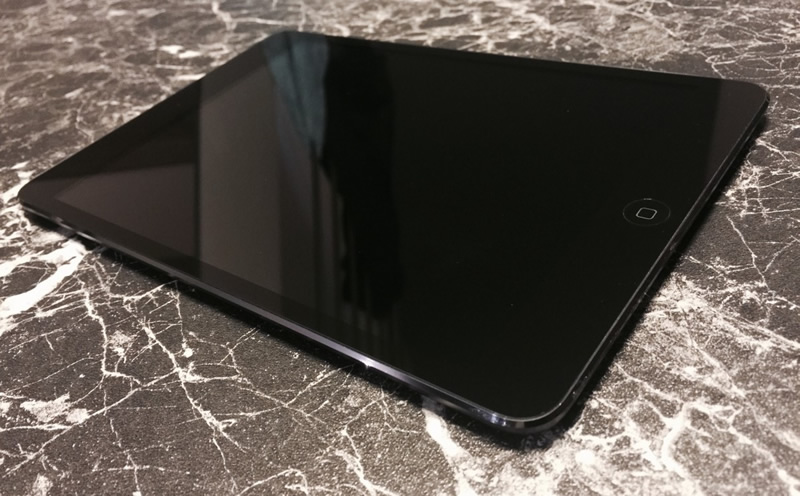 12 min read
FacebookTwitterPinterest
DEALS: The latest iPad Air with 256GB of storage is $70 off

Finding your iPad’s screen gone entirely black isn’t a pleasant situation to be in. Luckily, you still have the option to dilute things up. Yes, it is a bit complicated to digest, but the following write-up will ensure you get the issue resolved and locate yourself on the happier end

Coming from the home of Apple, the iPad is well known for offering seamless services. However, just like other elements in the tech sphere, the iPad isn’t far from issues. As reported by many, the iPad can occasionally get stuck to something popular as the Black Screen of Death.

Because the situation forces you into a condition where you are unable to utilize the device, encountering frustration and troubles starts becoming a usual experience. This leaves many users wondering what causes the iPad’s black screen error or the screen of death. At the same time, seeking for the fixes is a common practice.

Read all the way through, and you’ll learn everything from probable reasons to possible fixes.

Factors that cause the iPad black screen of death

The reasons for this can range from physical damage that usually results from dropping the smartphone to insane software havoc like a failed jailbreak attempt, a broken hardware component, or a software issue.

You should not give up if the screen of your device goes black and entirely unresponsive. There are a few efficient techniques to fix it and get your device back up and running. Even if you’ve got your iPad running the latest iPadOS 15, you can still fix the issue using the methods on this page. This issue might arise due to a wide variety of factors. The following are some possible factors that hold the responsibility for the iPad black screen:

If your iPad looks to be stuck on a black screen and isn’t responding to touch, try one of the many solutions available to get it back up and running.

Solution 1: Charge your iPad for a while

If your iPad has a black screen, it is possible that the battery has run out of power. The iPad does not have enough power to display the charging symbol if the battery is too low to support a low-battery notification. Allow the iPad to charge for at least 20 minutes, preferably overnight.

The battery in the iPad is larger than that in the iPhone. It is very crucial to inhabit the practice of charging the iPad with a 10-watt or 12-watt charger, or it will take a long time to charge completely. If the battery no longer holds a charge as well as it once did, consider changing the iPad’s battery.

Note: The iPad will not charge if it is too hot or too cold. If the iPad has been in freezing or heated temperatures for a long time, bring it to room temperature before plugging it back into the charger.

Solution 2: Get the brightness of your device turned up

Solution 3: Check if everything is fine with the charging port

The iPad back screen can occur when the charging point is unclean, and the device does not receive a full charge. There could be dust or dirt inside the port. Dirt and dust are trapped in the charging port every time you plug it into the device.

Solution 4: Get your iPad charged with a certified USB cable

Another thing to look for if your device has a dark screen is the USB cord and charger you’re using. There are indeed several non-certified cables available which do not even operate properly, rather offer harm. They may even include a plug-in virus, resulting in your device not charging.

Burping the iPad, according to some forum members, realigns internal wires that aren’t correctly connecting.

To burp an iPad:

If this technique resolves the issue, the iPad suffers a hardware problem that will most likely reoccur. Consider bringing your iPad to the Apple Store for service.

A blank screen on an iPad usually indicates that the concerned device has actually got struck on the particular screen due to a software failure. This most of the time gets easily resolved by employing the force restart action. What it does is closes all active apps, including the problematic ones. The hard reset is extremely simple, although the procedure varies according to the device you’re operating on.

iPads with a Home Button:

Related: iPad Home Button Not Working? Here’s How to Fix It

If you’ve tried all of the above solutions and your iPad screen is still dark, you should try a system update. You will need a computer with the most recent version of iTunes installed.

To update your iPadOS:

Related: How to Upgrade to (and Downgrade from) the iPadOS.

What should you do if your iPad screen goes black after installing an iPadOS update? Don’t be concerned. It isn’t the end of the world, though. Whether it’s a failed update or an outdated software version that’s causing the iPad’s black screen, you can fix it by getting inside the recovery mode and then restoring it.

A system restore is your last option because it erases all the existing data sitting on the iPad. If you’ve backed up your data to the cloud, then you’re at the safe end as all your data could get easily reinstalled if the restore was successful.

Do you need help with iPad backups? Well then, make sure to pay a visit here after you’re done getting your device’s screen back to the normal terms.

To restore your iPadOS:

Few people are aware of the iPad or iPhone’s DFU (Device Firmware Upgrade) mode. It is the most extensive type of restore. It allows you to restore the device from any state and thereby resolve numerous deeply concealed software issues.

The procedure for placing the concerned iPad into the DFU mode varies from one to the other.

Follow these steps to put your iPad with a Home button into DFU mode:

Follow these steps to put your iPad (with Face ID) into DFU mode:

You will now notice a window on your computer requesting that you restore the device before using it. To complete the operation, click OK>Restore iPad.

If you are concerned about data loss, there is an alternative method. You may always use Tenorshare ReiBoot – the iOS System Recovery utility to fix “iPad screen goes black.”

Didn’t any of the solutions above work? A hardware problem could be causing you to be stuck on the disturbing black screen error. Water damage to your logic board could possibly be bringing all the trouble. Depending on the terms of your device’s warranty, the Apple Store on your locality should be able to resolve the problem once and for all and that too free of cost.

An iPad blank screen can be terrifying to confront. However, the problem isn’t as serious as many consider it to be. There are indeed multiple ways to resolve the issue. Go ahead and try all the solutions listed above. But in case you want to have a simplified approach, opt for the “Tenorshare ReiBoot – iOS System Recovery.” It is the simplest known solution to the black screen problem with no data loss.

Q1. Why is my iPad screen black?

Q2. How to reset my iPad while having my data safe?

Factory resetting your iPad is indeed a great way will help you solve a variety of problems, including the one we’re discussing here. But, a factory reset will result in data loss. In this case, the “Tenorshare ReiBoot – iOS System Recovery” app provides the best roof to take shelter underneath. It can reset your iPad without data loss.

Q3. How do you reset an unresponsive iPad?

If your iPad is stuck and unresponsive, or if it is too slow to use, try restarting it. Hold down the Home and Power buttons simultaneously on iPads with a Home Button until you see the Apple logo appear.

For iPads lacking Home buttons, simply hold the Volume Up alongside the Volume Down buttons. Then, at the top of your device, tap the Power button. Hold it down and maintain the position until you see the Apple logo on the screen.

iPad Home Button Not Working? Here’s How to Fix It