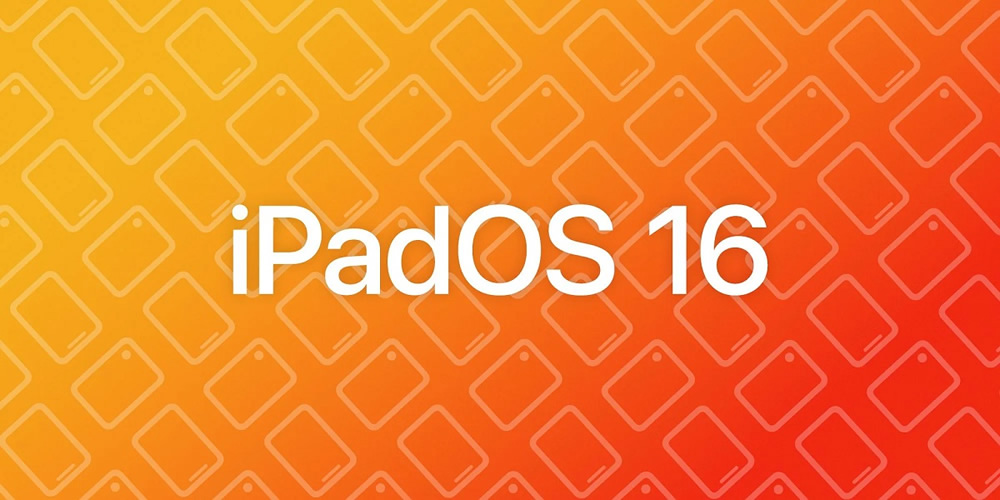 In its Worldwide Developers Conference earlier this month, Apple unveiled the new iPadOS 16  Since this was a huge milestone in the history of iPads and the development of iPadOS as a true alternative to macOS, we thought we should bring this news to our readers, and also share our take on this new upgrade

The new iPadOS 16 comes with a lot of new features but the most important feature is the Stage Manager.

Stage Manager: what does it offer?

If you’re a multitasker, this feature is just what you need. The Stage Manager feature allows you to have a clear view of the different programs and steps involved in the project that you’ve organized on the left-hand side of your screen. If you’d like to place your windows somewhere else, this can be done easily by clicking and dragging them off the stage. Or you can also shrink your windows by hovering over them with your mouse and then dragging them down.

iWith this new feature, iPad users can now finally enjoy seamless group creation of various-sized windows for more flawless and efficient multitasking. The window on which your app is open will be prominently displayed at the center – surrounded by other opened apps or pages that allow quick glimpses into what else needs attention when switching back.

The Stage Manager utility on the M1-powered devices namely iPad Pro and iPad Air unlocks the support for full external display. The good thing about that, the support extends for resolutions of up to 6K. Do you know what that means? Well, arrange an ideal workspace that is now comfortable for you. Also, you can work with up to four apps on the iPad and four apps on the external display.

Due to the higher processing power required, the Stage Manager app will not work on all iPads that run iPadOS 16. This app is limited to running on the latest iPads that are equipped with the M1 chip. Currently, the iPads that fall under this umbrella are:

Using the Stage Manager app, you get the awesome ability to connect your iPad to external displays while working. With the help of Stage Manager, you can simultaneously work with up to four apps on the iPad and up to four apps on the external display. That is truly an amazing experience for any M1 iPad user out there that regularly engages in multi-tasking during work.

According to Apple, the Stage Manager feature is limited to only M1 chips, because RAM is a bit less expensive on those processes and allows for a lot smoother multitasking experience in comparison with other iPadOS versions. This lets apps deal with your storage and effectively convert the same into RAM. Keep in mind that each app can ask for up to 16GB of memory. As Stage Manager can run up to eight apps at once – most of which have a way of asking for 16GB of memory – it demands a lot of resources. As such, the new window management feature on the newer iPadOS platform needs M1 chips due to their higher RAM capabilities.

Other new features of iPadOS 16

Besides Stage Manager, let’s take a look at the other features introduced by Apple this year in the iPadOS 16.

The update given to the Message App in the iPadOS 16 makes it easy to start banding and managing shared content across various apps like Keynote, Files, Numbers, Pages, and Notes. You, as a user, will need to keep in mind that when anyone tends to forward an invitation for Collaboration via text messages, everyone sitting on the thread gets automatically added to the concerned document. They can then stay updated while using Collaboration because they can see updates whenever a reply is made.

It is also possible for you to switch into the associated Messages conversation. Moreover, you can just tap by replying right within Messages because of its inherent efficiency. You can also make changes and updates to messages you’ve recently sent or quickly recall and redeliver a message that you might have accidentally deleted. That way, your most recent conversation history always stays fresh for you in its entirety. Additionally, with the “last seen” status, you can tell if your friends are actively engaged in their conversations with you or not so that you can decide whether or not to remind them of what they discussed the last time you guys were together.

Freeform, a new collaboration app with a flexible canvas allows users to see and share content through an in-app messaging feature that lives alongside the ability to add content or make edits. Freeform allows other collaborators the ability to view new contributions or changes as they happen, all from within their own thread amongst other threads.

Since it has a canvas that can be freely shaped and sized to support any type of development project, you can safely collaborate on many different projects. This portable utility works perfectly with Apple Pencil on iPadOS 16 devices or later. With so many different design apps out there, we find it most refreshing that the straightforwardness of this application’s name embodies the transparency and comprehensibility of its components.

In the updated Mail app, you get many handy features that will make your workflow a lot smoother than before. In this update, you get the ability to

All these features come together to give you a vastly superior experience in using the iPadOS 16.

iCloud Shared Photos is the best way to get your family and friends to share all of the photos they have taken with you. Using this ingenious photography app, anyone who has ever taken a photograph of you, your kids, or a niece/nephew, can upload it to your iCloud account where everyone in your family can view these images at any time.

And you know what the best thing is? If someone changes anything about an image like adding a text caption or editing it somehow then everyone else will know as soon as they hit save. Also, whenever any member of the group makes any changes to the images then everybody else will be informed accordingly and automatically given the option to download them for themselves.

In the new iPadOS 16, a new feature has been introduced in the Safari app. This feature, known as Shared tabs, is a brilliant new feature that allows you to work collaboratively with someone over various tabs as they browse the web. Not only do they have the ability to share and discuss certain websites or online articles with you, but they also have the option of conveying their thoughts and opinions on something in particular by editing or adding text directly to the very website they’re looking at.

Additionally, you can now log in to sites using a Passkey method. The concerned passkeys of the users are kept safely on their iPads. Yes, and these are specific to the sites you create them for. No hackers can get to them because passkeys are entirely unique digital keys that stay on your device and never get stored on any servers.

Another new feature in the iPadOS 16 is the introduction of the Weather app to the iPads. Armed with eye-catching animations, the app allows you to grab the latest and critical weather information. It even allows you to explore maps and check precipitation, air quality, and temperature by employing a single tap. Not just that, the utility goes a step ahead and ensures users are notified if and when a severe weather alert is issued in the concerned area. Other features include checking the air quality using a color-coded scale and more.

Using built-in intelligence, the Live Text utility brilliantly recognizes text in photos throughout the system. The fantastic thing is that the same is now available for videos too. Yes, you can interact with the texts sitting in paused frames. With a single tap on a video, you can quickly translate your text to several languages or easilyconvert currencies without having to fully load a webpage. Visual Lookup has also been enhanced so you can pinch the subject from any image or isolate the desired subject by removing the background with a single tap. This will allow you to give it more capabilities to recognize photos of things such as birds, insects, and statues.

After reading this post till the end, we hope that you’ll have gained some insight about the iPadOS 16 as well as the new features announced in it, particularly Stage Manager. Even though this version of the iPadOS isn’t available to the public till September, all the features being announced lead us to believe that this is going to be a turning point for iPads as a whole. If you want to read more posts on such topics, stay tuned.