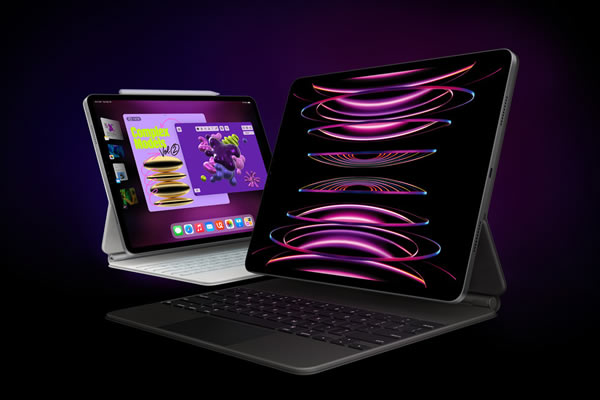 With the latest release of Apple’s new iPad Pro, it was expected to have some new features and additions compared to the old versions. However, it is a much simpler upgrade than what was anticipated. So, what are the company’s initial changes to the new version?

The main feature is that Apple swapped the M1 chip from last year’s model to an M2 SOC. At the same time, the new update has a few additional features and raises the immediate question of whether it is worth upgrading your device to the new iPad Pro.

Since the introduction of the iPad in the gadget world, it has been an excellent device for creative people to do everyday work routines. Apple’s iPad Pro is a powerful device with unique features and compatibility with accessories like the Apple Pencil.

It’s even great for users looking to create and edit videos right from their tablets. The following session will discuss the various features added to the M2 iPad Pro. It will help to understand how different it is from the old version.

Compared to the M1 iPad Pro, the M2 chip used in the new iPad Pro is even more powerful (around 15% faster.) This new chip offers up to 10 GPU cores compared to the 8 of the 2021 M1 version. Moreover, it also has a 40% faster neural engine. Therefore, the M2 chip is impressive and can work with anything smoothly.

The M2 processor is best for you if your workflow is highly demanding and pushes the M1 iPad Pro to its extreme limits. In that case, updating to the M2 chip is justifiable and helpful for further improvement in your work.

Only M1 and M2 devices can use Stage Manager on an external display, not the older versions. It is a multitasking tool that allows you to jump between the apps you recently used via the left side of the screen.

Resizing or dragging the app windows in Stage Manager is not so flexible. The app windows might not respond quickly, and Stage Manager also results in random software bugs. Hopefully, Apple will work on improving this feature because it has so much more potential and is a great additional feature to the new update.

Additionally, it allows you to open up to 4 apps simultaneously, just like in a regular computer system. All in all, the Stage Manager works well but needs some improvement and modifications.

RELATED: The Ultimate Guide to Stage Manager on iPad for Multitasking

By this point, it should be clear that there are not many additional features added to the new iPad Pro, which is a bummer. And don’t get me wrong, the camera quality is impressive, but that’s all to it.

The display has an anti-reflective coating, and the camera is the same as the older version. It has an ultrawide 12-megapixel front-facing camera and supports Center Stage.

This feature is helpful while video calling. It zooms and crops your face, placing you in the middle of the frame. The rear camera has the same 12-megapixel wide and 10-megapixel ultra-wide configuration with the LiDAR scanner that helps to scan 3D models.

Even though the front and rear cameras are the same as the older versions, the cameras are still great for making video calls and clicking photos. Furthermore, it also has the Face ID recognition feature.

The first thing to know as an iPad Pro user is that the accessories are expensive. The new M2 iPad Pro uses the same Apple Pencil and Magic Keyboard as the older versions.

It is not a feature that would do much, but it is a significant improvement. It is also helpful to the people who draw and create artwork.

The new M2 iPad Pro supports Wi-Fi 6E with speeds up to 2.4Gbps. It even offers excellent speeds if you are using a 5G network.

The M2 iPad Pro is not much different from its old M1 version.Below are some reasons you shouldn’t consider updating your device to the new iPad Pro.

The most basic reason is that if you already own an M1 iPad Pro (2021), then there is no need for you to spend extra money and update to M2. As we discussed, almost all the features except a few are identical.

The M2 iPad Pro offers the same functions and power, so it is better to stick to the M1 iPad Pro unless Apple comes with a version with more new valuable features.

2. Looking for something affordable

This is valid because the M2 iPad Pro is extremely expensive and offers the same features as before. The cheapest of this version available in the market will cost you $800.

But for you to use it comfortably, accessories are needed. This makes it at least a $1000 device or more.

3. The upgrades are not required for your work

You don’t need an M2 iPad Pro if it’s not helpful for your everyday work, especially if you don’t use the Apple Pencil often. While it is true that the M2 processor offers high speeds and is really powerful, there are not many additional features for you to explore.

So, I recommend you not to spend so much money on a device that doesn’t even have much improvement. Furthermore, if you are not an artist, the new Apple Pencil feature won’t be too helpful for you.

4. The M2 iPad Pro doesn’t have a new design

The design of the iPad Pro has been the same since 2018, and Apple will probably continue this trend ahead.

People expected Apple to move the front camera and face ID authentication a little, like on iPhone 14 Pro, and to enable landscape mode while video calling. But as you can see, nothing of that sort happened.

5. Save money by investing in accessories instead

Investing your money in Magic Keyboard and Apple Pencil is a great way to find flexibility and productivity. These accessories will be helpful for your everyday work and also will improve them. It will also enhance your overall user experience.

You can buy an Apple Pencil for $129 and Magic Keyboard for $299. These are expensive, but it is still much better and helpful than investing in a new iPad.

Reasons why you should buy M2 iPad Pro

Now let us look into why M2 iPad Pro can be a useful upgrade for you and will be worth getting.

1. If power is the main factor for you

Suppose you are an M1 iPad Pro user who regularly uses it for work and is unsatisfied with its power. In that case, the M2 chip is the solution for you.

This chip is impressive and powerful and will be able to have a great workflow which the M1 iPad Pro failed to provide. Hence, the M2 iPad Pro is the best solution for your issue.

2. You are an artist and use the Apple Pencil regularly

The M2 iPad Pro provides a feature called “Hover”, which will help you detect the Apple Pencil 12 mm above the display. This feature adjusts the interface and makes the experience more user-friendly. Plus, this is great for 3D design apps and artists looking to work on 3D files.

As we mentioned earlier, connectivity in the M2 iPad Pro is similar to the old version. It supports 5G, which isn’t new but what is new is that it supports Wi-Fi 6E as well. This is an excellent investment to boost your usage of the device. The connectivity helps you to gain an increase in speed and better improvement in functions.

While the new iPad Pro doesn’t have a lot of new features and seems almost the same as the M1 iPad Pro (2021), it is also an excellent device to use. The new chip is incredible and makes your work much more comfortable and quickly done. Furthermore, the “Hover” feature will enhance your artwork if you are an artist or a creative person.

There are some fantastic factors if you consider updating your device to M2. But at the same time, it is not entirely essential.

Suppose you are still confused and feeling indecisive about investing your money. In that case, you can also check the reviews on both versions and compare them to pick the best iPad for you.

Pros and Cons of Getting an iPad in 2021