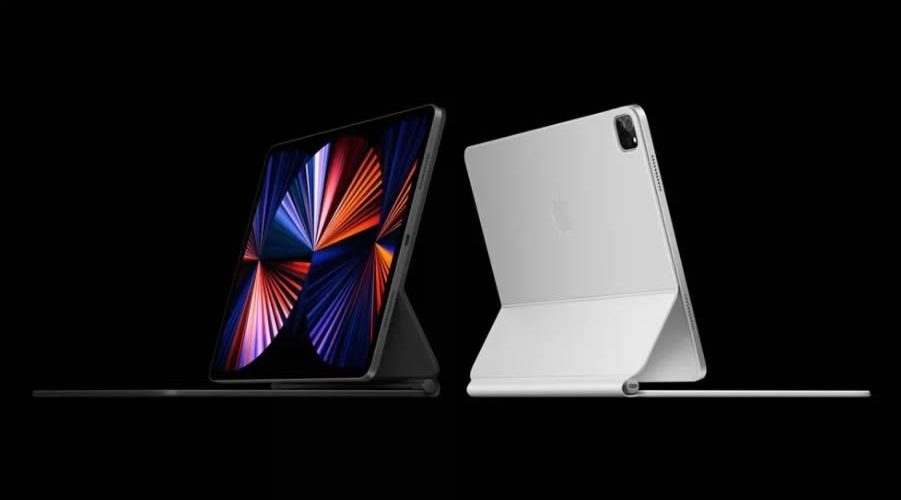 After months of wait and months of leaks, the new iPad Pro 2021 is nowhere, and there are some significant upgrades that everyone expected, including the M1 chip that everyone predicted. The iPad Pro doesn’t have a new design and retains the dated exterior. However, the upgrade to the internals makes this a beast, and Apple wasn’t kidding when they said that this takes the M1 iPad Pro to the next level. If you’re a content creator who works with Photoshop, After Effects, or similar tools, the new iPad Pro brings some needed upgrades that would change everything.

But is it a big enough change that would make you switch from the last generation iPad Pro 2020? Well, let us get on with covering everything you should know about, from the price to the performance, and more.

There are many similarities and differences that the new iPad Pro lineup brings, and well, here is every aspect that you should know before making a purchase.

The time is here, and the M1 chip is in the new iPad Pro 2021, and well, it performs as expected. It breaks all performance charts and makes the new iPad Pro much more potent than most older Macs with Intel chips. This means that you could do all tasks with ease, and professional applications bow down to the performance it delivers.

Apple rates the M1 chip to deliver 50% faster CPU performance than the A12Z Bionic, and graphics performance is expected to rise by 40% or more. Apple markets these as enabling better gaming framerates and smooth real-life performance through the upgrade with the new 16-core Apple Neural Engine, which uses AI and ML to learn your usage pattern and accordingly adjusts and improves performance. The other considerable upgrade is the new USB-C port that supports Thunderbolt and USB 4, so you’ll get 4x faster bandwidth and support for extending your screen with up to a 6K resolution display.

The newer iPads keep the original iPad Pro 2020 design and roll with it. Do note that we don’t hate the plan, but it would’ve been better to see an upgraded build quality with the upgraded internals. However, that is not the case, and it is what it is. So, if you too don’t have a problem with the dated aluminum and glass build, well, you’re in luck, and you’ll love the new iPad Pro look.

Displays tell a different story and are arguably one of the essential parts of the tablet experience. However, only one of the iPad Pro 2021 variants has a better display than the last generation iPad Pro 2020, and that’s the new 12.9-inch iPad Pro, which is equipped with a Liquid Retina XDR Panel with mini-LED tech built-in.

The switch to the newer panel delivers improved brightness and contrast, and Apple promises an overall increase in the full-screen brightness of 1,000 nits which is double from previous-gen iPads. It also peaks at a brightness of 1,600 nits for HDR-ready content. Apple also rates the new panel with a 1,000,000:1 contrast ratio and has 10,000 mini-LEDs that are 120x smaller than the LEDs in the previous 2020 iPad Pro.

The new 11-inch iPad Pro has the same display as the previous 2020 model, and while that’s a decent display, the mini-LED and XDR tech in the larger variant makes it a less exciting upgrade. However, both panels keep the same resolutions as they did with the previous iPad Pros, and the 11-inch variant comes with a resolution of 2388 x 1668, while the 12.9-inch iPad comes with a 2732 x 2048 panel.

This is another issue that the M1 chips had when they first debuted in the Macbooks. However, most of the incompatible apps were fixed with time, and all native iPadOS apps run fine with the M1 SOC. Hence, you could expect fantastic performance with the new iPads and the M1 processor.

This is the one category we didn’t expect a lot as Apple already rated the last-gen iPad Pro to offer 10 hours of battery life, and the 2021 model lives up to the same claim. However, the M1 chip is much more powerful and still delivers the same battery life, which is a win-win in our books.

The changes in the new iPad Pro cameras are found in the front with the new 12-megapixel selfie camera setup that helps makes video calls a lot better. The upgrade feels in line with the pandemic and allows Apple to cash in with most people working through their homes. The upgraded resolution from the previous year’s 7MP sensor gives the new camera a broad 122-degree view and highlights improved LiDAR performance, focusing on low-light situations.

The new iPad Pro 2021 supports the same accessories as before, including the iPad Pro Magic Keyboard and the Apple Pencils, which boost productivity by a lot. You could also use any third-party accessory built for the previous iPads as the design and measurements are the same, making them backward compatible.

The newer iPad Pro 2021 also adds 5G cellular options, an upgrade from the 4G LTE connectivity option present in the iPad Pro 2020. Apple claims this upgrade should provide you speeds of up to 3.5GBps in ideal download situations. This is great as this future-proofs the device, which means you can use this for around 3-4 years without running into issues.

How fast are the new iPads compared to earlier iPads?

The new iPad Pro 2021 should provide you with a considerable speed boost to everything you do, but the real upgrade is present in the 12.9-inch model with the improved display and processor. Comparing the iPad Pro 2021 with the iPad Pro 2020 is a complicated task, as they both are great devices for the price. Yes, while both variants offer significant performance differences, the availability situation of the newer iPads will bring in a lot of issues. However, if you can get your hands on the new iPad Pros, well, go for it as they are the best in class right now.

Both the 11-inch and 12.9-inch variants of the new iPad Pro come equipped with the impressive Apple M1 chip, which will offer massive leaps over the previous A12Z Bionic SOC. The M1 comes with an eight-core CPU and an eight-core GPU, depending on the model you buy. It also brings in faster memory and storage that offers 2x quicker storage access and around 50% faster CPU and 40% faster GPU performance. The RAM has also been upgraded, capping out at 16GB, and you get the option to opt for either 1TB or 2TB of fast UFS storage. All of this boils down to impressive real-life performance and quick editing rates comparable to high-end laptops making these the fastest tablets globally.

So, should you buy the new iPad?

We never hype any Apple releases, but the new iPad Pro lineup is a genuine game-changer in the tablet marketplace.  It’s basically an M1 MacBook Pro plus the Pro Display XDR combined in the form of an iPad, which combines all the strengths of the portable form factor and iPadOS with all the power of an Apple Mac Laptop. Both Pro versions are significant improvements over their predecessors. Still, the 12.9-inch model is the best with that new display, which will delight anybody who works with photos, videos, or other content creation formats.

However, don’t leave the younger brother out of the picture as the regular 11-inch iPad Pro still boasts the same CPU and GPU, which makes it a beast of a machine. It delivers incredible performance in games and all tasks, making it the best iPad a regular individual could buy.

In Short; If you’re a person who needs an iPad for gaming and multimedia applications, get the new 11-inch iPad Pro. If you’re a creative professional who sketches and makes other innovative creations, the new 12.9-inch iPad Pro is what you should be going for. So, yes, you should buy the new iPad as they bring many unique features for a fantastic price.